New Delhi, Feb 7: Union Road Transport and Highways Secretary Giridhar Aramane says that the new scrapping policy has been brought keeping in view the interests of vehicle owners, not the automobile industry. “The scrapping policy will not just reduce the economic loss of vehicle owners but also protect their lives. Road accidents will also be reduced. In the next few weeks, a notification for screening of vehicles that are 15 and 20 years old will be issued. While commercial vehicles will be declared junk after 15 years, the term for private vehicles is 20 years,” said Aramane.

He, however, asserted that the scraping policy is not mandatory but voluntary. People will be motivated to follow the directive.

What was the need to bring in a new scrapping policy? Will it benefit the automobile industry? In response to this question, Aramane put forward three major reasons. “We have not thought about the benefits to the automobile industry from the scrapping policy. Our focus is on benefits to vehicle owners. According to one estimate, a person who runs an old car loses between Rs 30,000 and Rs 40,000 every year. The loss to a truck owner is between Rs 2 lakh and Rs 3 lakh. The scrapping policy will reduce this economic loss. At present, 50-60 lakh old vehicles are registered in the country. Some of these have already been scrapped. As part of the policy just 15 to 20 lakh new vehicles will be sold in the next four years. I do not see it as a big advantage to the automobile industry.”

Citing safety as the second major reason behind bringing in a new policy, Aramane said the rate of accidents and deaths from new vehicles is much lower than older vehicles. “In fact, 15 to 20 years old vehicles do not have seat belts and airbags. So, travel in such vehicles can be fatal. New vehicles adhere to far higher safety standards. The rate of head injuries is also lower in accidents caused by new vehicles,” he further said. – IANS ONGC cuts carbon intensity by over 12% in 5 yrs: Chairman 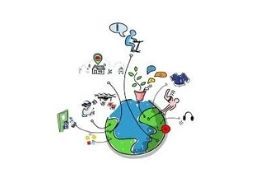