In 2018, my family and I planned a two-day trip to Cherrapunji. We started at around 7.30 am on a Saturday in July. The beautiful scenes that we saw on our journey charmed us. Upon reaching Cherrapunji, the weather became chillier. There was a thick cloud of fog and it felt as if we were floating through clouds on our way to the hotel.

After freshening up at our hotel, we stepped out for some sightseeing. The weather was pleasant, and our driver, who was also our guide, took us to the Elephant Falls. I had visited this place when I was very young and so, only had vague memories of my first visit. This time, however, the place left a mark on my mind as well as my heart. The mild breeze made us forget the world that we had left behind. Next, we went to the Mawsmai Caves. The Seven Sisters Falls, which was our next destination, also enthralled us with its beauty as its waters flowed from amidst the mountain rocks, bringing about a sense of calm to our souls. We soon headed towards our next destination – the Eco Park in Mawsmai. We took pleasure in the beautiful surroundings and had coffee outside the park in one of the food stalls. With this, our sightseeing for the day ended.

The next morning, we started our journey quite early. We decided on having some piping hot noodles for breakfast, along with tea. After breakfast, we headed towards Mawlynnong to see the Living Root Bridge – a beautiful bridge formed by the roots of many trees. The road to Mawlynnong was narrow with a zig-zag pattern. After trekking down some tricky steps, we finally reached the magnificent Root Bridge. There was a beautiful stream flowing under the bridge. Soaking in the magnificence of Nature, we slowly climbed our way back up.

Next, we were taken to Asia’s cleanest village – Mawlynnong, and indeed, not a speck of dust could be seen in the beautiful hamlet. There were flowers growing in full bloom and everything was orderly; even the dustbins looked beautiful, hung on the fences at equal distance from each other. We had our lunch at a hotel in the village where the staff was dressed in traditional Khasi attire.

After lunch, we moved to our next destination – Dawki. The weather of Dawki becomes pleasant in the months of September and October. But that, according to our guide, is not a good time to visit Cherrapunji due to the dry season during those months. There are two major places to visit in Dawki – the Umngot River – known for its crystal-clear waters, and the India-Bangladesh border. However, the Umngot River was not at all clear, instead, the water was rather muddy. Our guide told us that about half a month prior to our visit to the place, the water was transparent and one could see the fish swimming at the bottom of the lake. But due to the rainy season, the water from the mountain has been deposited into the lake, making the water muddy.

Soon, we reached the India-Bangladesh border. While going from our side, it has a gate which is always kept open, and beyond the gate, there is a triangular-shaped stone at 50 metre distance, with the word “India” imprinted on it. Though there were two army officers guarding the border, there was no solid division except the stone.

After enjoying the beauty of our last destination, we headed for Guwahati at around 3 pm, and to avoid traffic, our driver drove us via Jowai. The road was wide and was dotted with mountains and trees on both sides. The green fields, the herds of cows in the fields, the water flowing down from the mountains – everything was beautiful. My father rightly said that Nature helped Meghalaya become one of the major tourist hotspots in India.

Through the mountains, hills, and waterfalls, we finally reached Guwahati, with memories etched in our minds to cherish forever. 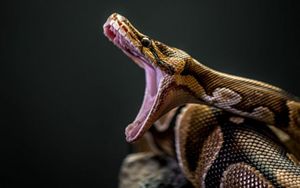