India began its two-year term as a non-permanent member of the UN Security Council on January 1, 2021. This is the eighth time that the nation will have a seat in the powerful organ of the United Nations. Four other nations – Ireland, Kenya, Mexico, and Norway have also begun their two-year terms at the UNSC, joining other non-permanent members – Niger, Estonia, Vietnam, Tunisia, Saint Vincent, and the Grenadines, and the five permanent members – Russia, France, China, US, and UK. India will be the UNSC President in August 2021 and again for a month in 2022. The presidency of the council is rotated among each of the members for one month according to alphabetical order. India has been at the forefront of calls to initiate reforms in the UN Security Council to further expand it to make it more representative of the world’s interests.

Meanwhile, keep writing to us with quiz reports, questions (with answers and full postal address) and interesting bits of information to: Quizone, Horizon, C/o The Assam Tribune, Maniram Dewan Road, Guwahati. SMS or WhatsApp me at: 98640-26322 and e-mail at: [email protected] or [email protected] To read Quizone online, you can log on to epaper.assamtribune.com .

1. The original name of this city was Ramdaspur as it was founded by Guru Ramdas. He had a tank dug at the site, granted to his wife by Emperor Akbar. The fifth Guru Arjun Dev gave this city its present name. Name the city.

2. What was established on August 15, 1969, with the motto – ‘Space technology in the service of humankind’?

3. He authored the book Niti Shastra, but another book of his, translated as the Science of Politics, is more famous and is regarded as a masterpiece. Who is he?

4. This sacred day marks the end of ‘Pitri-Paksha’ and the beginning of ‘Devi Paksha’. It is believed that Lord Ram performed Durga Puja on this day, just before his journey to Lanka to rescue Sita. Which day am I talking about?

5. Name the only site in Bihar to be on the UNESCO’s list of World Heritage sites?

6. Which city in the US can trace its origin back to 1626 when it was a trading post known as New Amsterdam?

7. Which famous fictional character lives in a fortress called ‘Castle Grayskull’ on the fictional planet Eternia?

8. Name the Indian king who is considered to be the Napolean of India and who is said to have performed the Ashwamedha Yagna.

9. An archaeological site named Pompeii, which was making news recently, is located in which country?

10. In 2020, the areas of which country declared a state of emergency and state of disaster as up to 500 million animals had died in large-scale fires?

11. The ‘Brahmaputra Aamantran Abhiyaan’, which was in the news recently, is to be held in which two states? (Chatanika Daka, Barpeta)

12. Name the last Hindu Emperor of Delhi who was dethroned by Akbar. (Biswajit Doley, via SMS)

13. Who has been named the captain of ICC Men’s T20I and ODI teams of the decade? (Sneha Goswami, Tezpur)

14. Which region in Maharashtra is historically known as Berar and was under Nizam’s rule till 1853? (Adish Agarwalla, Moranhat)

15. Which writer of historical fiction released the third part of their trilogy The Mirror and The Light in March, 2020? (Simi Baruah, Jorhat)

16. Name the Mughal emperor who abolished pilgrim tax and Jiziyz tax (Jiziya was imposed on the Muslim population) in 1563 and 1564, respectively, during his reign? (Subrata Dutta, Tangla)

18. Operation Calypso, which was seen in the news recently, is associated with which field? (Apurba Borah, Golaghat)

20. From his childhood, he was extremely meritorious and stood second in the MSc examination (applied mathematics) at Presidency College while a fellow student ranked first who is also a renowned scientist. He was nominated several times for the Nobel Prize in Physics. In 1951, he was elected as an independent candidate to the Indian Parliament to contribute to the society through his knowledge of science. Name him. (Pulakesh Bhattacharyya, Chinchwad, Pune, Maharashtra) 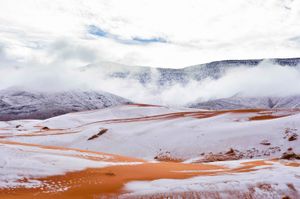 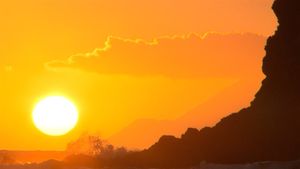