The news of death of infants in hospitals is always heart-rending, and particularly tragic is their death in preventable, abnormal circumstances. This precisely is what happened in the horrific incident which took place in a local hospital’s Special Newborn Care Unit in Maharashtra’s Bhandara district, where ten babies, between a month and three months old, died after a fire broke out. Mercifully, firefighters rescued seven other babies from the unit, but this does not dilute the grievous, almost criminal dimensions of the incident. The death of these infants due to negligence of the authorities brings out two negative aspects of the Indian health scenario. First is that human lives are cheap in India – the compensation announced by the Maharashtra Government, Rs 5 lakh per baby, perhaps mirrors this! Second, in India it requires a tragedy to bring out shortcomings in systems and raise a transient hullabaloo that is soon forgotten! If media reports are correct, the cause of the fire in the four-storeyed building was an electrical short circuit. The reports also suggest that the hospital had not undergone the mandatory annual audits of its facilities which might have detected the wiring faults and prevented the mishap from occurring. It is said that, amazingly, there was no attendant in the unit when the fire broke out, and only a passing nurse from another unit seeing smoke had sounded the alarm!

As is the custom in India, an enquiry has been ordered by Maharashtra Health Minister Rajesh Tope and investigations are on. Politicians, including Prime Minister Modi, Home Minister Shah and Health and Family Welfare Minister, Harsh Vardhan have mouthed their condolatory messages. No doubt a report would be penned out by the investigators, blame would be apportioned and, perhaps, incident-specific rectification measures would be implemented. Yet this deeply tragic incident will not make the slightest dent in the broader problematic issue – lack of infrastructure, monitoring and accountability in India’s public health system on which the poorer section of the population so heavily depends. Infant deaths in India due to preventable factors have been a repeated phenomenon. The death of 104 infants at JK Lon Hospital in Rajasthan’s Kota district and 134 at a government hospital in Gujarat’s Rajkot in 2019 which had raised such furore have been forgotten by now, as have been the deaths in Bihar’s Muzaffarpur district and Uttar Pradesh’s Gorakhpur district. After the Kota deaths the Centre had appointed a committee to examine the problem and it reported the hospital’s crumbling infrastructure and unhygienic environment with even pigs roaming within the campus! While such a report had been an apt comment on the public health system in the country, there is no gainsaying the reality that unless a sustained effort is made at improvements, incidents like the one in Bhandara would keep recurring. 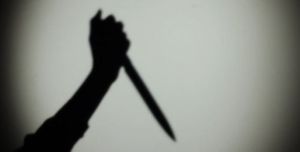