New Delhi, Jan 31: Prime Minister Narendra Modi said on Sunday that the country was saddened by the “insult” to the Tricolour on Republic Day, referring to the religious flag incident at Red Fort during the farmers’ tractor parade.

In his monthly Mann ki Baat broadcast, Modi maintained that his government is committed to “modernising” farming and has been taking many steps.

“The efforts of the government will also continue in future,” he said, amid intense protests by a section of farmers from states like Punjab, Haryana and UP near the Delhi border against three farm reform legislations enacted by his government. Farmer unions have demanded that these laws by repealed.

While recounting a number of developments in January this year, including India’s remarkable come-from-behind series win over Australia in the recent Test series, Modi made a brief reference to the farmers’ tractor rally on Republic Day which witnessed incidents of violence.

“Amidst all this, the country was saddened by the insult to the Tricolour on January 26 in Delhi. Last year, we displayed exemplary patience and courage. This year too, we have to work hard to attain our resolves. We have to take our country forward at a faster pace,” he said.

Referring to India’s corona vaccination exercise underway, Modi said the country has not only rolled out the world’s largest vaccination drive but is also vaccinating its citizens at the fastest rate. The country has vaccinated over 30 lakh corona warriors in 15 days, he said, adding the US and the UK took 18 and 36 days to reach this figure. “Just as India’s fight against Corona became an example, our vaccination programme too is turning out to be exemplary to the world,” he said.

Noting India’s decision to send vaccines to several countries and the praise it has received from their governments and citizens, he said during the moment of crisis India is able to serve the world since it is capable and self-reliant in the field of medicines and vaccines.

“The same thought underpins the Atmanirbhar Bharat Campaign. The more India is capable, the more will it serve humanity; and the world will benefit more,” Modi said. – PTI 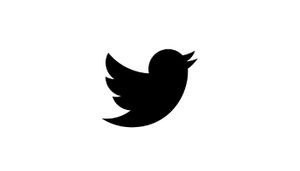 Ask your IT Guru