Here’s how to have a healthy liver for a good life.

The liver is the body’s largest solid organ, not just in terms of size but also in terms of function.

What does the liver do?

The main function of the liver lies in the breakdown of nutrients, extracting energy from them and in the excretion of harmful substances produced during metabolism or taken from outside.

The liver manufactures blood proteins like albumin, factors that help in the clotting of blood, hormones, growth factors, and the bile that helps us to digest fat.

The liver stores vitamins as well as minerals such as copper and iron, releasing them if the body needs them. The liver breaks down proteins, producing ammonia, which can be toxic to the body in large amounts. The liver turns ammonia into urea, which is released into the blood where the kidneys excrete it via the urine.

The liver also breaks down alcohol in the blood as well as the many medications that you take. Moreover, the liver also plays a major role in the following:

Creating immune system factors that can fight against infection.

How can the liver be affected by disease?

The diseases affecting the liver may enter our body through many routes. It could be oral, through the blood or sexually – due to lack of safe drinking water, food contamination, poor sanitation, unsafe sexual practices, intravenous drug abuse or even rarely from blood donation.

These are blood tests that help in the detection of liver function in the following ways:

Tests for assessing excretory functions – Bilirubin estimation, in total and its fractions.

This is an invasive procedure involving the introduction of a special needle through the chest wall in between the ribs to extract a small amount of material from the liver and visualising it under a microscope after proper processing to see if the liver cells appear normal.

This is a novel technique that does away with the risks involved with a liver biopsy. This transmits a low frequency sound wave towards the liver and measures the speed through which it passes through the liver. This technique can detect the amount of scar tissue (fibrosis) in the liver. In addition to this, it can also quantify the amount of fat accumulation in the liver.

Recommendations for a healthy liver

Healthy diet – Avoid too much of anything. Obesity is linked to liver disease.

Alcohol – Limit the amount of alcohol you consume since it takes a lot for your liver to breakdown the toxins from alcohol.

Avoid consuming illicit substances, natural remedies and medicines made  out of superstitions.

Avoid mixing medications and consume only on the advice of a registered medical practitioner.

Take vaccinations against viral Hepatitis A and B.

Practise safe sex; avoid tattoos and body piercings as there is no vaccine for Hepatitis C.

Avoid exposure to blood and germs and seek medical consultation if exposed. 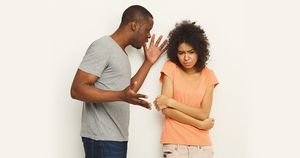