WORDSPEAK: The Story Behind Words

No one is certain about the origin of cheese, but it was supposedly stumbled upon between 8,000 and 3,000 BCE. As one story goes, an Arab trader, making an arduous trek across the desert on camelback, stored milk in a pouch made from an animal’s stomach. The rennet lining of the stomach turned the milk to curd and whey, while the trader was busy shielding his skin from the sun and his lungs from the sand. The Arabic word for cheese is gibn. The earliest source is from the proto-Indo-European root ‘kwat’, which means “to ferment, become sour”.

A jerrycan (also written as jerry can or jerrican) is a robust liquid container made from pressed steel. It was designed in Germany in the 1930s for military use to hold 20 litres of fuel. The development of the jerrycan was a significant improvement on earlier designs, which required tools and funnels to use. After widespread use by both Germany and the Allies during World War II, today, similar designs are used worldwide as fuel and water containers. The designs usually emulate the original steel design and are still known as jerrycans. 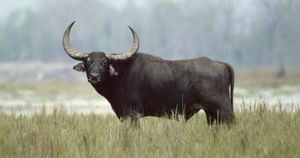