New York, Jan 27: Walmart is enlisting the help of robots to keep up with a surge in online orders.

The company said on Wednesday that it plans to build warehouses at its stores where self-driving robots will fetch groceries and have them ready for shoppers to pick up in an hour or less.

Walmart declined to say how many of the warehouses it will build, but construction has started at stores in Lewisville, Texas; Plano, Texas; American Fork, Utah; and Bentonville, Arkansas, where Walmart’s corporate offices are based.

A test site was opened more than a year ago at a store in Salem, New Hampshire.

Walmart hopes the warehouses will speed up curbside pickups, where orders are brought outside to shoppers’ cars. Both options became increasingly popular as virus-weary shoppers avoid going inside stores.

At the start of the pandemic last year, Walmart said delivery and pickup sales grew 300 per cent.

The company said the robots won’t roam store aisles. Instead, they’ll stay inside warehouses built in separate areas, either within a store or next to it.

Windows will be placed at some locations so shoppers can watch the robots work. – AP 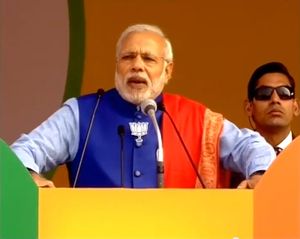