“What is a soundbite? Is it one word?”

“Soundbite is usually written as one word, but one can also write it as two words, sometimes with a hyphen in between. And remember, it is not ‘soundbyte’, but ‘soundbite’.”

“A soundbite is a short clip of speech or brief recorded statement by a public figure which is broadcast during a news programme. It can either be a video or audio clip.”

“Is it extracted from a longer piece of audio or video?”

“Yes, sometimes it is done to promote or exemplify the full-length speech. The term was first used in the US media during the 1970s when politicians started using ‘soundbites’ to outline their position. For its brevity, the catchy comment or soundbite is often found to overshadow the broader context in which it was spoken, and can be misleading and inaccurate.”

“Yes, yes. A recent soundbite by a celebrity caused quite a furor in our state.”

“You know, most people take anything they hear at face value and jump to conclusions without giving it a second thought. Some media houses try to cash in on this.”

“They cash in on this. I mean many media groups take advantage of this nature of ours; they take us for granted and keep publishing misleading or fake news based on mere soundbites!”

“We often see this during the elections.”

“Yes.  We simply remain passive spectators of soundbite politics – the politics, propaganda, use and abuse of soundbites, more in this age of electronic and social media.”

“The recent US Capitol attack by angry Trump supporters is an example of soundbite politics, isn’t it?”

“Ha-ha, yes. This reminds me to tell you about the Trump effect. Do you know what it is?”

“Well, initially, it was attributed to the rising trend of intolerance and bullying in US schools, thought to be the result of inflammatory rhetoric Donald Trump used during his campaigns. Later it expanded to include religious and racial bullying by adults as well…and many people blame all this on the soundbites of Mr Trump!”

“I’ll have to be careful while giving a soundbite…”

“But who will be interested in your soundbite: you’re neither a politician nor a public figure!” 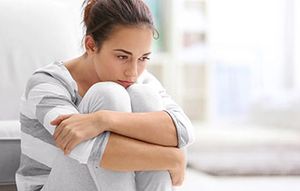