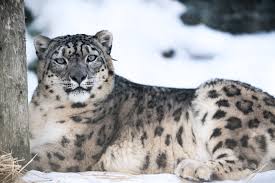 73 Snow Leopards Estimated In Himachal Pradesh In First Ever Survey

Shimla, Jan 23: A survey to assess the population of snow leopards in Himachal Pradesh has found that there are an estimated 73 big cats in the Himalayan state, Forest minister Rakesh Pathania said.

Snow leopards live in several Himalayan states of India but a scientific estimate of their population has never been made before anywhere in the country because the animal lives in remote, high-altitude regions and is elusive by nature.

In Himachal Pradesh, the survey to assess the population of snow leopards was held by the state wildlife wing in collaboration with the Nature Conservation Foundation Mysore following the Snow Leopard Population Assessment in India protocols set by the Union Ministry of Environment, Forests and Climate Change.
A similar assessment is underway in several other states and UTs, including Uttarakhand, Jammu and Kashmir, Sikkim, and Arunachal Pradesh, with Himachal Pradesh now becoming the first state to complete it.

Pathania said that the first of its kind assessment revealed that snow leopard density in the state ranges from 0.08 to 0.37 individuals per 100 square kilometres, with the trans-Himalayan regions of Spiti, Pin valley and upper Kinnaur recording the highest densities of both the predator and its prey (mainly ibex and blue sheep).

Camera trapping surveys were conducted at 10 sites to representatively sample all the strata i.e. high, low and unknown, Pathania said. The camera trap deployment over the mountainous terrains was led by a team of eight young persons from Kibber village, he added. More than 70 frontline staff of the forest department was trained in this technique as part of the project, Pathania further said.

Snow leopards were detected at all the 10 sites -- Bhaga, Chandra, Bharmour, Kullu, Miyar, Pin, Baspa, Tabo, Hangrang and Spiti -- suggesting that the animal was found in the entire snow leopard habitat in Himachal Pradesh either as resident individuals of a population or as dispersing individuals navigating through these connecting habitats, he said. The minister said it is the first scientifically robust estimate of snow leopard and its prey for the state.

Another revelation from the study is that a bulk of snow leopard occurrence is outside the protected areas, reiterating the fact that local communities are the strongest allies for conservation in snow leopard landscapes, he said.
The assessment will serve as a robust baseline for the wildlife wing for long-term monitoring of the snow leopard landscape, he added. - PTI 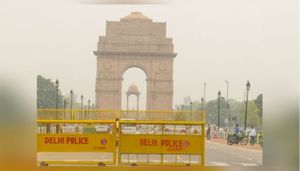 Delhi Police Steps Up Security In View Of Republic Day 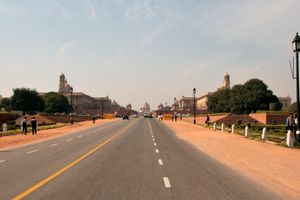 Ladakh To Make Debut In Republic Day Parade On Rajpath