“One day Higgs Boson walks into a church and the priest says, ‘I am sorry, we can’t allow Higgs Boson to come to church.’ And, Higgs says, ‘But without me, you can’t have mass’.” Neil deGrasse Tyson first heard this joke from science comedian Brian Malow. If you are not familiar with the term ‘Higgs Boson’, you may know it by another name – ‘God’s particle’. But, to get this joke, you must first understand what Higgs Boson is.

Addressing a room crammed with people eagerly waiting for answers in July 2012 at Geneva, CERN director general Rolf Heuer established that his teams were more than 99 per cent certain that they had discovered Higgs Boson. The long-awaited particle may have concluded the standard model of physics by unfolding why objects in our universe have mass and in doing so, why planets, galaxies, and, believe it or not, even humans have any right to exist.

Higgs Boson is a class of sub-atomic particles that are around 1/100th the size of a proton. Scientists in CERN laboratories used the world’s most robust particle accelerator to observe it for the first time in 2012. This Nobel-worthy discovery assisted them to understand what gave sub-atomic particles their mass. Before the Big Bang, there was no concept of time and space. But, then, the explosion took place about 13.7 billion years ago, and, there came into existence time and space. Also, there was another element created, specifically Higgs Boson, which made our existence possible, for the universe we see today – laden with all the stars and galaxies, is all thanks to this special element. It indicates the existence of the Higgs field, an invisible energy field throughout the universe which imbues other sub-atomic particles with mass. Joseph Lykken, a physicist at Fermilab Batavia (Illinois), said, “The Higgs field emerged at the birth of the universe and has acted as its own source of energy since then.”

Higgs Boson is about 126 billion electron Volts (eV) or about 126 times the mass of a proton. This turns out to be the precise mass requisite to keep the universe on the brink of instability, but, physicists predict that this delicate state will eventually collapse. At this moment, the Higgs field is in a minimum potential energy state, similar to a depression in an area which is surrounded by hills and valleys. The tremendous amount of energy required to transform into another state is like chugging up a hill. If the Higgs field thrives to chug over that energy hill, some physicists contemplate that the destruction of our universe is imminent.

Here is how Stephen Hawking narrated this Higgs Doomsday scenario in his book – “The Higgs Boson has some perturbing features, it might become metastable at energies above 100 billion gigaelectronvolts (Gev)”. This could mean that our universe is already undergoing catastrophic vacuum decay with a bubble of the true vacuum expanding at the speed of light.

This could happen at any time, and, we wouldn’t see it coming. Even if the Higgs field, centred in that bubble, were slightly intense than it is now, it could possibly shrink atoms, disintegrate atomic nuclei, and leave hydrogen as the only element existing in the universe. Surprisingly, Hawking did not exclusively think so. Now, in prologue to a collection of lectures and essays called ‘Starmus’, prominent theoretical physicists warn that the particle could one day be accountable for the destruction of the known universe. We are somewhat right on the edge where the universe can persist for a long time, but, eventually it will crash. There is no principle that physicists know of that would put us right on the edge. “Most likely it will take 10 to 100 years for this to happen, so probably you should not sell your house and you should continue to pay your taxes,” said renowned theoretical physicist Joseph Lykken during his lecture at the SETI institute on September 2012. On the other hand, it may have already happened, and the bubble might be approaching here now. And, you won’t notice because it is going at the speed of light, so there is no forewarning. 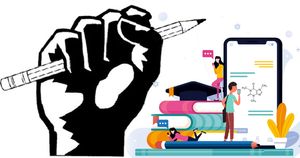