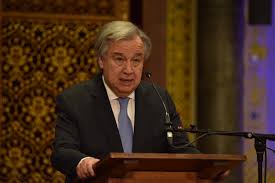 New York, Jan 29: UN Secretary-General Antonio Guterres has received his first dose of the COVID-19 vaccine and appealed to the people to get vaccinated as soon as they can while stressing that nations must ensure the vaccine is available to everyone, everywhere.

Guterres, 71, received the first dose of the Moderna vaccine at a New York City public school on Thursday. Guterres gestured to make a victory sign as he was administered the shot.

“My appeal is for all to take profit of the opportunities that exist and be vaccinated as soon as they can, he said, adding that it is important for everybody, everywhere to be vaccinated, he said in a tweet.

“I was fortunate and grateful to get the first dose of my #COVID19 vaccine today. We must get to work to make sure the vaccine is available to everyone, everywhere. With this pandemic, none of us is safe until all of us are safe,” he added.

The NYC Mayor’s Office for International Affairs said in a tweet that as a New Yorker who is over 65 years of age, the UN Secretary-General received his COVID-19 vaccine.

He secured his appointment online and received the vaccine at the Adlai Stevenson High School in The Bronx, named after the 5th US Ambassador to the UN and who in 1945 had served on the committee that created the United Nations.

New York residents over the age of 65 are included in the current phase of vaccinations in the city, which also include school workers, first responders, public transit workers and grocery workers.

In December last year, Guterres had said he intended to take the COVID-19 vaccine when it became available and that he would do so publicly. – PTI 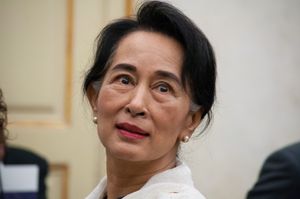