New Delhi, Feb 18: In order to give an edge to the farmers 'protests against the farm laws, the farmers' organisations announced a 'rail roko' protest on Thursday.

The police have also increased the security along the border in wake of the "rail roko".

Speaking about the movement, National Spokesperson of Bharatiya Kisan Union Rakesh Tikait told IANS the day earlier: "Where the trains are running? Only one-two trains are being operated. We would also request the government to run more trains".

"The government has stopped the trains for the last eight months, and the public is facing trouble. Whichever the train would come, we would stop that and offer water and milk to the passengers along with offering flowers. And, we'll tell them what problems we are facing," he said.

When the train stops, is it not that passengers are abused? In response to this question, Tikait said, "Who will misbehave? Whoever does will be prosecuted." The Train Stop campaign will be peaceful. The passengers will be distributed gram, milk and water, he added.

Although the farmers organisations are calling this campaign symbolic, the police-administration and the Railways have made preparations to deal with it. At the same time security has been increased at Singhu, Tikri and other places where protesters are sitting.

However, the farmers sitting at the Ghazipur border will not shift anywhere.

National Convenor of Jai Kisan movement Yogendra Yadav has also said that we blocked the road at the time when the traffic is lowest and similarly, the train traffic remains low during day time as long distance trains mostly run at night.

The farmer organisations want to mount pressure on the Centre to roll-back the three farms laws that they are describing as anti-farmers. 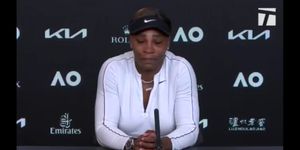