Unfounded jealousy or delusions of infidelity may wreck a happy home.

Q. My 44-year-old brother has started a strange behaviour of suspecting his wife (my sister-in-law). He believes that she has started an affair with another man so much so that he doesn’t allow her to use the mobile phone, keeps a check where she is going. But we as family members know that what he believes is not true. This has created a lot of family disharmony. Is marital therapy an option?

Ans: From your description, it seems that your brother might be suffering from a psychiatric disorder known as delusion of infidelity. It is also known as morbid jealousy or Othello syndrome. The name “Othello syndrome” comes from the character in Shakespeare’s play Othellowho murders his wife as a result of a false belief that she has been unfaithful. People with this disorder have a firm false belief and are always preoccupied with the thought that their spouse or sexual partner is being unfaithful without having any real proof along with socially unacceptable or abnormal behaviour related to these thoughts. This disorder occurs when a person typically makes repeated accusations that their spouse or sexual partner is being unfaithful, based on insignificant or no evidence, often citing seemingly normal or everyday events or material to back up their claims. It is characterised by recurrent accusations of infidelity, searches for evidence, repeated interrogation of the partner, tests of their partner’s fidelity, checking undergarments, checking mobile phones and even stalking. Many a times it may lead to serious consequences of violence, suicide or even homicide.

As in your brother’s case, family disharmony or marital disharmony is quite common and the constant quarrels and fights between the couple can lead to long-term negative consequences on the children. This delusion of infidelity might be a symptom of another serious mental illness which is schizophrenia – where other delusions and hallucinations are present. At times, alcohol or other substance abuse can lead to delusions of infidelity. On certain occasions, brain tumours, brain trauma or other neurological disorders can also give rise to features of delusional infidelity. So a thorough assessment and interview with the patient is necessary to rule out schizophrenia or drug abuse and also to rule out other neurological or organic disorders. Some investigations are also required for the diagnosis.

Also, one important point to be noted as clinicians is that we have to do a proper interview with the patient, the spouse and also family members to confirm that what the patient believes is false and that his thoughts are delusional. It might be necessary to perform a psychological or psycho-diagnostic evaluation to confirm the diagnosis. Once the diagnosis is confirmed marital therapy won’t be useful initially. First and foremost, we have to put him in medication or pharmacotherapy. After a few months of medication, when his delusions decrease, we might go for a session or two of marital therapy. So it is advisable that you initially seek help or consult a psychiatrist. 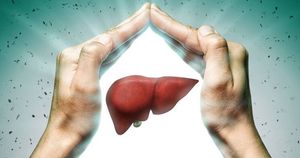 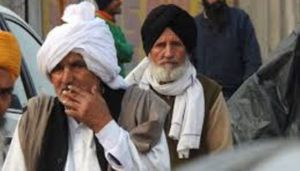