"If you turn and have a look around, you will see a shabbily dressed man in chappals, who has an air of confidence around him and a halo of knowledge about the nitty-gritties of the office. He may remind you of the great, learned sages of yore. This is the most important person to you – the chaprasi /bhaiya /dada."

The Indian government offices/workplaces are not just the important cogwheels in the giant slumbering machinery of our country, but they are good balancing or neutralising agents for people who think too high of themselves. If anyone, irrespective of his/her caste or creed or religion or sex, employed or unemployed, ever happens to visit a government office outside his area of influence or outside his field of expertise, he will always have an enriching and a rather humbling experience.

First things first. Whether or not they declare “the tea” as the national drink, it is without doubt, “the official drink” of our nation. The number of tea cups consumed in a day and the number of tea breaks per day per office can amount to a staggering figure.

Secondly, the bulk of files stacked behind an employee, wall to wall, floor to roof, speaks volumes of his or her accomplishments, and are a witness to the glorified past of that office. In addition to that, each table is converted into a cubicle by a standard three-way closed arrangement of files, where the worker sits on the open side. So much for the ambience. Now if you would pay attention, you would notice that men are always clubbed together in groups of three to four, in ‘C’, ‘U’ or ‘L’ patterns, where they have open group discussions, and, at least, one of them will be picking on his nose or scratching his ears or teeth with a matchstick or a pin or fiddling on his smartphone. Any enquiry directed at this group will be answered with a polite, “Ki kaam asile? Olop robo sun,” which means please do not disturb for the next five to ten minutes.

In case of the ladies, they chit chat in pairs or gossip in trios. They follow the ‘I’ or the triangular pattern of sitting arrangement and have closed groups, which means, at least one or two of them will have their backs turned to you. Any enquiry to this group will be answered with a clear cut answer from the person at the apex, who is facing you, “Apuni taat xudhok sun,” which means go somewhere else. Now if you turn and have a look around, you will see a shabbily dressed man in chappals, who has an air of confidence around him and a halo of knowledge about the nitty-gritties of the office. He may remind you of the great, learned sages of yore. This is the most important person to you – the chaprasi/bhaiya/dada. He is your Man Friday, the mobil/engine oil who keeps the office machinery running and the files moving, table to table, beginning to end. Be nice to him, humble to him and you would be guided to the Bodo Babu – the so called gazetted officer.

There are two types of such officials – the ideal one and the idle one. The first one is of the few rare breeds of honest and hardworking persons who form the functioning core of the office. He has a permanent frown on his face, an air of irritation, a sharp, rasping tone and an even sharper temper. He always sits at 90 degrees to the floor, uptight on his chair, and talks, how should I put it, “cut to cut”.

Now, ‘the idle one’ is the one who has an air of calmness befitting a monk, has a smiling, pleasant face and a soothing voice. He has mastered the art of doing a sarkari job. He sits in a reclining position at more than 135 degrees to the floor with his palms clasped behind his head and the lower limbs extended. His sentences usually start or end with “Aapuni tension nolobo, hoi jabo.”

Finally, last but not the least, the three invisible and omnipresent persons of any government office – the sewa ram (middle man), the mewa ram (bribe man), the pauwa ram (sifarish man, for want of a proper word for him). They are the three unofficial lifelines available to you in an official set-up, should you wish to use them. But remember, whether your job gets done or not, the mood in which you will leave the office premises is governed by the person you met last. 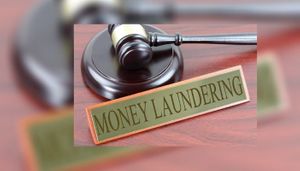 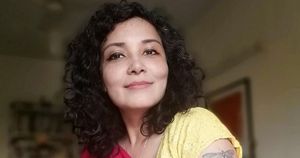