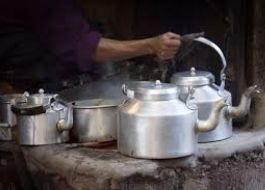 By the Brahmaputra - Sanjoy Hazarika

Sometimes, all it needs is a helping hand, a smiling face and a steaming cup of tea to save, sustain and inspire. Thank you, Prakash Rao, for a life well lived. May we learn from you and may your memory live....

Just over three years ago, I met a remarkable person in Cuttack in Odisha, who was a source of inspiration for many, and who demonstrated that the impossible or near impossible was possible even for ordinary mortals, not just powerful leaders, those born into privilege or tycoons.

Prakash Rao wore a stubble and a semi-serious look as he stood behind pots of bubbling chai in his tiny tea stall at the mouth of a small lane in the State’s cultural and commercial capital. The previous day he had electrified a large crowd of students and faculty and some others of us who were at the campus of the National Law University of Odisha (NLUO) for a TEDX Talks event with his story.

He later hit the headlines when he and 15 students of the school he had started and nourished met with Prime Minister Narendra Modi during the latter’s visit to Cuttack in 2018. At that time, Modi described Rao’s life as “an inspiration to us, our society and the whole country”. Rao was also awarded the Padma Shri, truly well-deserved for he had done extraordinary things.

Who was Prakash Rao and what made his life unique? Three years ago, I had written in this column the following about him and share parts of it below, with some editing:

Born and raised in Cuttack, then the principal city of erstwhile Orissa, Rao’s father was an army man who had seen action in the Second World War in the Burma sector. He returned to retirement in Cuttack, set up a tea shop, pulled out his son from school and got him to assist at the tea shop. The young Prakash never returned to formal schooling or education. He was a dropout like so many others. The tiny space is located across the street from the sprawling offices of the State’s largest Oriya language paper Samal. There’s just enough space to Rao to stand and make his tea. In one covered pot a tea concoction boils away, in another there’s milk. A tea boy assists with deliveries and washing. I couldn’t see a sign.

There’s no concession to comfort, no chairs, no benches. Even Rao is on his feet most of the time. Those who don’t want to stand can sit on the small steps leading up into the upper floors of building where Rao is located. He’s on the ground floor and his home, a two-room set, is just a few hundred metres away. It could be like a chai shop anywhere. What makes the difference is Prakash Rao.

Large glass jars packed with local biscuits, a freshly baked cake and freshly filled glasses of water jostle for space on the counter top. The water is for everyone and anyone: school children, random people walking by and even a fellow who looked as if he’s an alcoholic wreck. I later learned there’s an illegal liquor den apparently patronized by the local police just across from a school a few metres down the road. These two realities – the pathshala and the alcohol dukan – represent the brutally, contradictory and parallel universes that coexist on one street, perhaps in many such dusty lanes and by-lanes in towns and cities across the world. A daily soap opera – perhaps several of them – and Bollywood/Hollywood movies play out every day in real life on and off these streets.

Life’s been hard and during one difficult patch, in 1976, Rao fell very sick. He virtually lost the use of his legs because of a tumour that was located at the lower end of his spine. Down and out, he spent his days lying in bed in a public hospital. On the day of his operation, an extra donation of blood was needed. An unknown donor gave it.

During the telling of that story, the then Vice-Chancellor of NLUO Prof Krishna Deva Rao, a distinguished scholar of jurisprudence, and I sat and listened on the steps next to the chai shop (Prof Rao is now VC at NLU, Delhi). The operation was successful: within two weeks, after six months in hospital, the chai-wallah was back on his feet.

That single act of humanism transformed his life, not just save it. Despite his best efforts, he never learned the identity of that benefactor – but the miraculous did happen, as Prakash Rao recovered and resumed life. He restarted his stall. And he decided to reorganize his time and his life.

Living in the hospital, Rao realized that many out-of-town visitors, especially the uneducated and poor, were lost in such large complexes. For many of them, it was the first time in a city, not just a large hospital. They had few friends, were low on funds, and couldn’t understand where they needed to go and whom they needed to see; the staff were often abrupt and rushed for time.

Rao decided to give back to the hospital where he had regained his life – by volunteering to be a resource. He would give a few hours every day to guiding those who needed to be provided direction.  And he would put in their hands a packet of milk biscuits. For free.

He decided to start a school, a nursery in his two-room flat. One of the family’s rooms became a nursery for 12-14 children from the nearby slums whose parents often would leave in the morning for work, sometimes without feeding them. Each child was given a cup of sweet milk and a biscuit. He would do this between his tea shifts –the chai dukan would open from 6 am to 10 am and then again from about 4 pm to 8 pm. Then it would be time for dinner – simple fare of rice, dal and vegetables. His two daughters are studying: one had a scholarship in an Australian university, the other one was at a college in Cuttack.

Prakash Rao managed all this on a daily income of Rs 500-600. I don’t know how he did it. The steady income for the family and home came from his wife, who worked at a nurse. He was 59 when I met him but the years had been hard on him, he looked much older. His grizzled face reflected the decades of challenge.

But why this column on Prakash Rao, now? It was the Vice-Chancellor who told me of the passing this month of Cuttack’s humble icon, another of the many victims of Covid-19 that has snatched life, liberty, health, incomes and happiness away from lakhs of Indians and millions across the world. He truly made a difference by doing and not with big talk, high promises or bundles of money. Sometimes, all it needs is a helping hand, a smiling face and a steaming cup of tea to save, sustain and inspire.

Thank you, Prakash Rao, for a life well lived. May we learn from you and may your memory live – all those whose lives you touched must ensure that the stall, the school, your students and your family are sustained and live in dignity. This column pays respects to you and all unsung heroes of the battle against an invisible enemy, for upholding the rights of the ordinary, with empathy and passion. 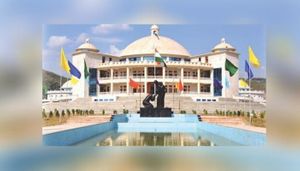