The business of education

Academically, in India, formal academic education starts early at childhood, from nursery, kindergarten, primary school going through to middle and high schools, and then of course, higher education. In most parts of India, the State governments subsidize, or even offer free education up to a certain level, with special privileges for the girl child, and those from challenging backgrounds. The society, too, especially in urban areas, wants the young ones to be enrolled in schools.

Academic institutions, apart from those associated with specialized areas like sports, need funding to set up the respective institutions and also keep these up and running, and maintain these. The costs may be for buildings, classrooms, faculty, teachers and school staff, as also for various other activities, apart from those required as per regulations and the law of the land. Most of the schools, at present in India, are in the domain of the government and governmental organizations, including municipalities. There was a time when most governmental schools were in bad shape, facing lack of teaching staff, dilapidated classrooms, etc. However, things seem to have improved over the years. To add to this, the government has also adopted and introduced the midday meal scheme to encourage school enrolments and also improve school attendance, and thereby decrease school dropout ratios.

The English medium schools are hugely preferred by those who can afford these. These schools are largely privately funded. At the same time, quite a few of the private schools have good intent of quality education, with justification for the costs to be incurred. Given a choice, most governmental schools are given a miss, largely, by parents or guardians if they could afford the cost of fees, etc., involved in the process of admission to private sector and English medium schools. It has proven quite often that the data-wise, the performance of private schools, especially, has been better than most governmental schools, though there are numerous examples to the contrary. What ails the governmental schools is another story altogether.

However, it is the business associated with academic educational institutions that needs careful examination, investigation and analysis.

Today, there are multiple layers of collection of a plethora of fees, donations, etc., especially by private schools and private educational institutions, apart from the teaching and admission fees. Contributions are solicited towards school or infrastructure development fund, welfare fund, extracurricular activities fund, etc., to name a few.  Students and parents are also forced to buy uniforms, shoes, books, etc., from the school itself or specific commercial shops or establishments. There are a host of instances when students are coerced into private tuitions by the teachers and school authorities. This phenomenon is quite in the open. Another aspect is the so-called ‘coaching’ by coaching centres and institutions. Students and parents are almost pressurized to take to coaching for JEE, NEET, accountancy, etc. In fact, the so-called coaching business is thriving so much so that it’s almost an ‘industry’ now in India. Many times it becomes more important to get admitted in coaching centres of choice, rather than schools, because the coaching institutes take care of the later. Further, coaching institutes based in certain locations have excelled in this business.

The business of coaching has also produced innumerable instances of direct and indirect malpractices like question paper leakages, proxy candidatures, etc. There are many reports about many coaching centres and institutions becoming dens of black money. This, then, is a business of money and profits, though this may not be universally true.

One may differ, but it is also true that educational institutes need funds to carry on its primary and secondary objectives, and interests. There is a cost to be paid for setting up institutions, and maintaining these. The moot point, however, is whether this is ethically done, and whether the processes are transparent. But then, we also have definitive reports that even PhDs are bought. Little wonder, then, that only a few of our educational institutions feature among the top-ranked institutions globally. The number of foreign students coming to India for studies or research is very minimal.

It may also be that our educational institutions are reflections of the society, and the society’s attitude and approach. Instead of learning, enlightenment and optimal experience, we have become a victim of the system, helped by our idiosyncrasies.

Let us not make any mistake about the paramount role of very few distinguished institutions, including many that initially started out as privately-funded institutions. The Indian Institute of Science, Bangalore is one example of an institute of international repute that was initially privately-funded by the Tatas. The Ramakrishna Mission Schools, across India, especially in the far-flung and remote areas are a great example of not-for-profit initiative in education, especially for the downtrodden. The Assam Jatiya Bidyalaya group of institutes in Assam are another exemplary instance of private effort for educational excellence.

And yet, the unethical practices for profit and money-making permeate every layer of academic education in India. While it is more pronounced in the private sector, including those in the not-for-profit category, examples of prevalence also exist in governmental educational institutions. This is a sad commentary on the business of education in India. 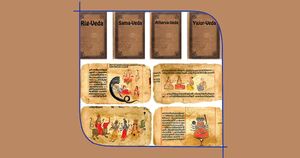