GUWAHATI, March 11: Due to lack of awareness and other reasons, a substantial number of transgender voters of Assam could not get their names included in the electoral roll with their actual gender identity.

According to data revealed by the Election Commission of India, Assam has a population of 442 transgender voters and among them a total of 42 have their names in the electoral roll of Kamrup (Metro) district.

Notwithstanding the official figure, transgender activist and associate vice chairperson of the Assam State Transgender Welfare Board Swati Bidhan Barua claimed that Assam has an actual population of around 20,000 transgender voters and among them around 500 have their names in the electoral roll of Kamrup (Metro) district.

In order to increase the participation of transgender voters in the election process, Barua recently also wrote to the Chief Electoral Officer (CEO) of Assam with the request to sensitise all block level officers. In the letter, Barua also raised the issue of correcting the gender identity of the transgender voters in the voter ID card as they were earlier identified as either male or female.

Most importantly, in the letter Barua also urged the CEO to convene a meeting to discuss the issue which might arise when the photo of the transgender voter printed in the voter ID does not match with the presently perceived appearance. Notably, transgenders change their appearance as per their convenience through plastic surgery during the time of sex reassignment surgery.

Moreover, along with sex reassignment surgery, transgenders usually also change their original names. So in some cases, as stated by Barua, the voter ID card of a transgender voter carries the previous name given during the time of birth. In the letter, the transgender activist also urged the CEO to sit for a discussion on the issue to ensure that no difficulty arises for transgender voters at the time of exercising their franchise. 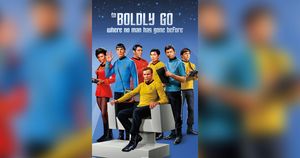 LIFE SKILLS - From fiction to fact