This section will carry everything related to Science, Technology, Engineering and Maths (STEM).

With food now readily available at the press of a button, it isn’t hard to forget that many of the items that we enjoy today were not always so easy to get. Even now, it’s likely that whatever you’re eating has travelled a long way to get to your plate.

In prehistoric times, humans were predators, and were able to cook, cultivate plants, and tame animals. This attracted the herbivores near human habitations. Goats and sheep got domesticated. It was after this that milk became a part of human diet.

During the Middle Ages, cooking was adapted according to the ingredients and equipments available. The concept of crop rotation developed and improved farm products. Spices became popular because of the taste and health benefits, like clove and cinnamon provided antiseptic benefits, which was an important quality in not so clean times. Salting and drying became the primary preservation methods. Fish could be kept fresh in farms until it was ready to be prepared and eaten.

However, due to different climatic conditions and experiences, different parts of the world grew different varieties of food. Explorers and colonists brought with them new food items and carried away native food items back to their lands. The Industrial Revolution changed the distribution and availability of food further. Maybe, this is how we got the food that we eat today.

It is also astonishing to know how the different food items got their names. Peanuts, that are native to South America, was given the name because it was related to pea but tasted like nuts. Chilli pepper, which has no relation with black pepper, was called so because when they were discovered by Columbus, he was looking for pepper.

Notice the ingredients of your meal and try to find out where they actually came from! 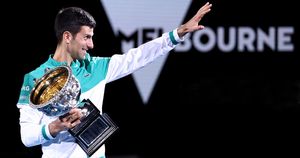 Novak Djokovic: The King of Melbourne

Challenges before the younger generation