Taking cognizance of media content on YouTube and Facebook as well as strong reactions from cross sections of society, the Commission has asked the police to carry out a thorough probe and get back to it (the Commission).

ASCW Member Secretary Cauvery Sarma told The Assam Tribune that the Commission has sent a copy of its instruction to the DGP also asking him to do the needful.

Amid heavy criticism for Zubeen’s offensive remarks violating a woman’s dignity and also ‘insulting’ a member of LGBTQ community at the same event, several activists have demanded an apology from the singer. It needs mention that the incident that happened during Prag Cine Award Show 2021 on Saturday, is drawing very strong reactions from activists, civil society as well as common people.

Actress and writer Dr Akashitora who strongly raised the issue on social media, told this reporter that the incident was a very unfortunate and shocking one, where a public figure dared make such misogynistic remarks, that too in full public view. “It is clear that the person making this remark is not educated and aware enough to know the civility, the respect and the dignity to be given to a woman. Unfortunately it is not for the first time that he has indulged in such behaviour in public. It’s high time for society to raise its voice against this incident so that no one else ever dares repeat it. Even in the name of humour and entertainment, it should never be accepted,” she added.

LGBTQ rights activist and producer of critically acclaimed film Fireflies - Jonaki Porua Milin Dutta, while explaining the ordeal he faced on the stage, said that he was not allowed to speak a single line by Zubeen and was shushed when he tried to say a few words about the motivation behind producing the film on the LGBTQ community. “Society should step in and condemn such incidents before they become a part of the public psyche,” he mentioned.

“I condemn this indignity to a woman targeting a woman’s bodily integrity. While this indecent treatment was meted out to an actress at a public function, it is an insult to all women. Again and again the audience cheered, clapped and endorsed the indecency, which can never be tolerated. Such behaviour by the community encourages the abusers,” stated noted women’s rights activist Anurita Pathak Hazarika, demanding an apology from the singer.

Despite repeated attempts, Nishita Goswami could not be reached for her comments on the issue 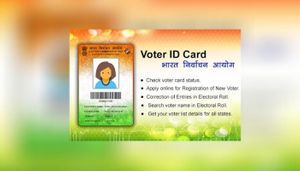