With an academic programme in place now, the Sri Sri Aniruddhadeva Sports University at Chabua in Dibrugarh is likely to play an instrumental role in changing the sports scenario of the State. The State which has hosted the National Games, the South Asian Games as well as several international sporting events, the establishment of the sports university is not only a major boost for Assam but for the entire north-eastern region. The university is focused on education in the area of sport sciences, physical education and its allied areas. The primary aim of this university is to prepare top tier sports scientists, physical educationists and sports coaches and high-class researchers in the area of sport psychology, exercise science, sport biomechanics, sport medicine, sport physiotherapy and health education, sport technology and sport analytics. Although it is indeed a laudable initiative by the Government of Assam, but in a region where thousands of trained professionals in this field still remain jobless, generating employment opportunities could be a problem. The Lakshmibai National Institute of Physical Education (LNIPE), North East Regional Centre located at Tepesia Sports Complex in Sonapur near Guwahati was established in 2009-10 and has been an integral part of the sporting ecosystem of the State. Not only has it produced professionals who have gone on to make a mark in the industry but also as a sporting venue it has proved to be very beneficial. The LNIPE was one of the venues of the 33rd National Games in 2007 and initially had an indoor stadium, velodrome, kho-kho and kabaddi ground and archery centre. The complex is built in an area of 274 bighas of land. The institute is co-educational and fully residential with students being provided with hostel facilities.

At a very nascent stage, the new PG diploma course has been started in athletics and football at the Sri Sri Aniruddhadeva Sports University. With classes for the university to be conducted at the Centre of Physical Education of Dibrugarh University, it is very essential that the newly-established University develops sporting infrastructure which can be used for hosting events as well. The National Sports University in Manipur too will have the flexibility to open new schools/ departments in consonance with the advances and developments in sports science, sports medicine, and allied areas. The university, once developed, will be the first one of its kind to promote sports education in the areas of sports sciences, sports technology, sports management, and sports coaching. It will also function as the national training centre for selected sports disciplines by adopting the best international practices by signing MoUs with international universities. The Ministry of Youth Affairs and Sports has already signed MoUs with the universities of Canberra and Victoria in April 2017. The establishment of these sports universities definitely offer young sports enthusiasts of the region to pursue a career in sports. 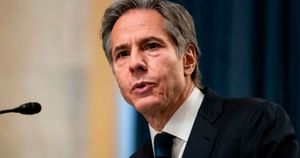