Spirit of the woods

SWARNALI DAS writes about the sacred groves of the North-East, which are perfect models for biodiversity conservation.

India is a country where its socio-cultural or religious practices are connected to Nature. Conservation of Nature and natural resources has been an important part of the cultural ethos, especially in remote, rural and indigenous communities, not just in India but also in many parts of the world. A legacy of these prehistoric traditions of Nature conservation, sacred groves are forest patches that rural communities in the developing world protect and revere as sacrosanct. Deeply held spiritual beliefs ensure that not a tree is felled, nor a creature harmed within its boundaries.

This concept was widespread in the old world; sacred groves were reported in Greek and Sanskrit classics, but were essentially wiped out in Europe with the arrival of modernisation and Industrial Revolution. In India, Nature worshipping goes back to 5,000 BC and is based on the proposition that all creatures have to be protected. Around 1,00,000 to 1,50,000 sacred groves have been reported in India; such a level of community conservation can be found in the Himalayan region, the Western and Eastern Ghats, coastal regions, the central Indian plateau and western desert. Sacred groves are mostly associated with temples and monasteries, shrines or cremation grounds. These reserve areas not only serve as treasure troves of traditional medicinal plants, but also ensure smooth ecosystem services, such as a clean environment, air, soil, water and flora and fauna conservation, carbon sequestration, temperature control and conservation of traditional knowledge.

North-East India is said to have the largest forest cover in our country. In fact, the five leading states with the highest forest cover based on total geographical area are from the North-East — Mizoram has 85.41 per cent, Arunachal Pradesh with 79.63 per cent, Meghalaya has 76.33 per cent, Manipur has 75.46 per cent, and Nagaland with 75.31 per cent. The India State of Forest Report-2019 noted that the total forest cover in the Northeastern region is 1,70,541 sq kms, which is 65.05 per cent of its geographical area.

However, the decline in the region’s forest area is a continuous trend and since 2009, the region has witnessed a loss of about 3,199 sq kms This region comprises of eight states and is one of the 17 biodiversity hotspots of the world. With diverse culture, traditional knowledge and biological resources, inhabited by more than 150 tribes, having different languages and traditions, our region is unique in our country. The gradual increase in forest area is questionable as even plantations of all kinds, including ecologically-destructive teak and eucalyptus trees that have been planted under compensatory afforestation and other programmes, are shown as forest areas. Importantly, such plantations are found to have been carried out in community land, affecting livelihoods of tribal and forest dwellers by violating their rights.

A sacred grove or sacred woods are a grove of trees having special religious importance for a particular local milieu, and the North-East has a number of such sacred groves that are thriving because of these ancient beliefs and traditions.

In Arunachal Pradesh, sacred groves are known as Gumpa forest areas — which are mostly managed by Buddhist monasteries. There are around 101 groves and are dedicated to local deities like ‘Ubro’ or ‘Ubram’ and ‘Thouw-gew’. These protected areas are mainly found in the West Kameng and Tawang districts. A variety of plants here are considered sacred, including the Banyan, Ashoka, Harada, Bela, and Peepal.

The sacred groves of Manipur, commonly known as Umanglai, are worshipped by the Meitei ethnic tribes annually, and their celebrations are known as Umanglai Haraoba. Around 365 sacred groves have been reported, out of which 166 are from the four valley areas. Several ecologically important trees, such as Alibizia lebbecck, Ficus resemosa, etc., are found in these groves.

Sikkim, one of the smallest states in the country, also harbours sacred groves with religious and historical importance. All the sacred groves are locally known as Pandami, attached to the local monasteries or Gumpas, dedicated to the deities and managed by the Gumpa authorities or the Lamas  — or often by the village community. There are around 19 groves found in all the four districts. The highlands of Demonjong, below the Kanchenjunga peak, are the most sacred sites for the Buddhists of Sikkim.

The sacred groves of Meghalaya are known as Law Lyngdoh, Law Niam, and Law Kyntang in the Khasi Hills; Khaloo Blai in the Jaintia Hills; and Asheng Khosi in the Garo Hills. These are owned by individual clans or communities. Out of the 105 sacred groves found in Meghalaya, Lawkyntang in Mawphlang is the most popular. According to studies, around 514 species of flora are reported from these groves, belonging to 131 families and 340 genera.

In Assam, forest dwelling tribes like the Bodos and the Rabhas have sacred groves locally called Thans. The sacred groves of the Dimasa tribe are called Madaicos — the size is generally not more than an acre. The Vaishnav monasteries also have their groves. There are about 29 sacred groves in Assam, out of which 17 are in Karbi Anglong and 12 in the North Cachar districts.

Giant bamboo, pear bamboo, pink banana, metico pepper, Indian smilax, areca nut, sand paper tree and devil’s cotton are considered as sacred plants to conserve. These sacred groves cover 40,000 hectares of natural forest area in five North-East states of India. These forests harbour some of the most important and highly threatened species of plants and also wild relatives of present-day cultivated plants, which act as the gene pool for these species.

Economic crisis in the Indian subcontinent, brought about by the relentless commercial exploitation of our natural resources is prompting a vibrant revival of these sacred spaces. This assertion of ancient values, of the reverence for Nature, too often derided as primitive superstition, represents the most hopeful news about Indian ecology to emerge in decades. About 40 per cent of the Earth’s wildlife-rich forests are still defended by the local people of these forests. To undo the injustice that began in the British era, our government passed the Scheduled Tribes and Other Traditional Forest Dwellers (Recognition of Forest Rights) Act of 2006, that not only conferred individual rights but also community rights that include right to protect, regenerate or conserve and manage local people. If the religious beliefs associated with the sacred groves and traditional wisdom contributing to forest protection could be suitably integrated with modern scientific forest management practices, the sacred groves could become a very useful model for biodiversity conservation. 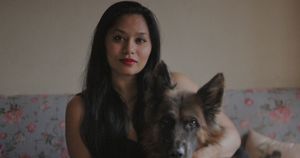