Shadow of the coup

And we opium-pipe smokers in the Northeast had woven dreams that, after issues such as transit visas for travellers were resolved, in the course of a few years we would be able to take a leisurely drive from Guwahati and elsewhere to Myanmar and beyond!

The Manmohan Singh era which preceded the Narendra Modi era in Delhi had been a glorious phase for the daydreamers and lotus-eaters of the Northeast! That had been because a ‘Look East Policy’, ostensibly targeted towards the economic development of the Northeast in general and Assam in particular, had been framed during that era.

The then Indian Prime Minister Manmohan Singh, during his inaugural speech in the 10th India-ASEAN Summit at Phnom Penh in 2012, had announced an agreement between India, Myanmar and Thailand which set a time frame to complete the Trilateral Highway Project that would connect the Northeast to nations of Southeast Asia as well as China. The ‘Trilateral Highway Project Task Force’ had even met in New Delhi and resolved to establish connectivity from Moreh in India to Mae Sot in Thailand by 2016!

An ASEAN-India car rally had established the feasibility of forging land connectivity between the Northeast and Southeast Asian countries. Dignitaries from the ASEAN nations, including ministers for trade and commerce, had sat down to work out the nitty-gritty. It was envisaged that in due course the road connection would be extended to other nations like Vietnam and Cambodia, as proposed during the India-ASEAN Summit. If I recall correctly, there was also a proposal to set up an India-ASEAN Centre at Guwahati!

And we opium-pipe smokers in the Northeast had woven dreams that, after issues such as transit visas for travellers were resolved, in the course of a few years we would be able to take a leisurely drive from Guwahati and elsewhere to Myanmar and beyond!

It was expected that land connectivity with the Southeast Asian nations would transform the dismal economic scenario of the Northeast dramatically. It would open out the huge markets of those nations to products of this region. The Brahmaputra Valley would become a corridor through which products from India to Southeast Asian nations and vice versa would be transported. The spillover impact in terms of transit infrastructure including the hospitality industry would be phenomenal and boost the region’s economy.

The Indian corporate sector, which had avoided the Northeast as if a leper, would then see the strategic advantage of setting up manufacturing industries in this region since it would lower transport costs. Establishment of industries in turn would create jobs, thereby alleviating the huge unemployment problem afflicting this region.

Equally important, it would erase the sense of remoteness which breeds alienation. The idea behind the Look East Policy is, of course, in reality an attempt to re-forge age-old links binding the Northeast to other Asian countries. Since ancient times there had been trade and cultural exchanges between the Brahmaputra Valley and people of China and Southeast Asia, facilitated by well-established routes, the accessibility provided by the Brahmaputra river corridor enabling traders from mainland India too to utilize them for commercial purposes. In fact, the Stilwell Road from Assam to China through Myanmar (Burma) built by the British in the early 20th century actually traced the core contours of an ancient ‘silk route’.

Only when the Ahom dynasty, beset by fierce assault of the hordes of Maans from Burma, sacrificed the sovereignty of its realm by inviting imperial Britain to intervene, that these age-old ties were severed and the Northeast became isolated from Southeast Asia. Strangely, and perhaps fortunately, the British did not consider the ethnic and cultural affinities to be reason enough to lump together the Northeast with Burma as far as administration was concerned, choosing instead to integrate this tribal-dominated region with the Indian subcontinent, while having a different set up for Burma.

Thus it must be noted that, in the past this region, being strategically positioned between China and Southeast Asia and India, enjoyed a geopolitical centricity. The cataclysmic Burmese invasion in the early part of the 19th century and the consequent advent of the British had brought about a political, economic and psychological repositioning, reducing the region to the easternmost outpost of Britain’s Indian Empire and ensuring that its inhabitants look perpetually to the west for succour.

Students of this region’s history, including yours truly, have been crying ourselves hoarse that it is this psychological, claustrophobic feel of being boxed in from all sides except the west which had been responsible for many of the problems beleaguering this region, including insurgency. We had been arguing that a viable land outlet to Southeast Asia will go a long way to ensure that the Northeast regain its past historical centricity.

However, Myanmar for five decades had stood as an impassable wall for India to make a move towards such connectivity. The seizure of power in Myanmar by the military junta in 1962 had led to the cooling down of India’s cordial relationship with that nation, since the latter had tried to stand by its ideals of democracy. There was absolutely no possibility that the junta would allow a road to be built from India to Thailand and China through their country, let alone to let foreigners travel across that road!

The situation was further vitiated by the 1988 incarceration of Aung San Suu Kyi. Thus, despite the awareness in Delhi that the influence lost by India over its resource rich neighbour was being capitalized upon by a more pragmatic and authoritarian Beijing, little attempt at rapprochement with the junta was made.

It had been only in the 1990s that Indian diplomacy conceded that democratic ideals had to be sacrificed at the altar of expediency and the first essays towards mending fences with Myanmar commenced, with India refusing to go along with the West in imposing sanctions against its neighbour. Suu Kyi was cynically abandoned, and both nations stepped into the 21st century if not exactly holding hands, yet with a far more amicable stance.

But, sometime later, economic compulsions coerced the Myanmar junta to loosen its iron grip upon the country, as well as try and present a more humane and democratic face to the outside world. International sanctions and popular internal protests induced Myanmar’s military again to take steps to usher in civilian rule in 2007. Suu Kyi’s National League of Democracy (NLD) party won overwhelmingly in the elections, thereby creating a conducive environment wherein land connectivity between India, Myanmar, China and ASEAN nations could be conceived and our nation could announce the Look East Policy.

Unfortunately, as happens to most Central projects involving the Northeast, Delhi had been dragging its feet, with the result that though over a decade has elapsed since the announcement of the Look East Policy, it is yet to be translated into reality! In fact, the Department Related Parliamentary Standing Committee on Development of the Ministry of DoNER had recently reviewed the implementation of the policy and expressed dissatisfaction at the slow progress made on the India-Myanmar-Thailand Trilateral Highway and the Kaladan Multi-Modal Transit Transport Project.

And now the shadow of yet another coup has fallen over the Look East Policy! Last February, army Generals seized control over Myanmar in a repeat of 1962. At the moment the country is in a warlike situation, with the armed forces killing protesting civilian in hundreds and converting Myanmar into the police state where secret arrests and torture are rife.

There is no telling how long this junta would last, which means that, perhaps for quite many more years, the perpetually deprived people of the Northeast can stop weaving opium-dreams about the Look East Policy, which the BJP had renamed as the Act East Policy, and the miracles it might bring! 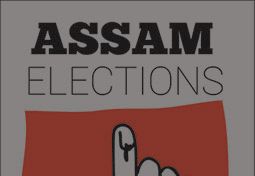