New York, Jan 27: Anthony Blinken has been confirmed as the Secretary of State to steer US diplomacy in a new direction of greater engagement with international organisations and recasting ties with allies.

President Joe Biden’s nominee received the Senate confirmation on Tuesday with 78 votes to 22, the dissenters being Republicans in the evenly- divided body.

At his Senate Foreign Relations Committee confirmation hearing last week, he laid out his agenda: “We’ll engage the world not as it was, but as it is. A world of rising nationalism, receding democracy, growing rivalry with China, Russia, and other authoritarian states, mounting threats to a stable and open international system, and a technological revolution that is reshaping every aspect of our lives, especially in cyberspace.”

Despite the 22 Republican votes against him, Blinken generally received bipartisan support.

Senator Jim Risch, the Republican leader on the Foreign Relations Committee, said that Blinken is “the right person for the job,” agreeing with Senate Democratic Party Leader Chuck Schumer, who called him “the right person to reassure America’s prerogatives on the global stage.”

Blinken drew flak from Republican, Rand Paul, who is often a gadfly, for his role in US fiasco in Libya when he was the Deputy Secretary of State in the administration of former President Barack Obama.

“With Blinken and other military interventionists, we got more war,” he said referring to the 2011 intervention by US and its allies against Libyan dictator Moammar Gaddafi that ended up leaving the country in chaos and US Ambassador Christopher Stevens and three American officials dead. – IANS 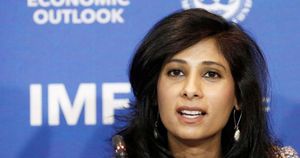