Russia in pact with China on lunar space station

Moscow, March 10: Russia has signed an agreement with China on the creation of a lunar space station, the "International Scientific Lunar Station," the space agencies of the two countries have announced.

Russia and China said that they will promote the exploration and use of outer space for peaceful purposes for the interests of all mankind.

The International Scientific Lunar Station is a complex of experimental research facilities created on the surface and / or in the orbit of the Moon, Roscosmos said.

It is "designed to carry out multidisciplinary and multipurpose research work, including the exploration and use of the Moon, lunar observations, fundamental research experiments and technology verification with the possibility of long-term unmanned operation with the prospect of a human presence on the moon," Roscosmos said.

The cooperation between the two countries comes at a time when NASA is also seeking international cooperation for a Gateway programme as the US space agency aims to land the first woman and next man on the Moon by 2024 and send humans to Mars later.

Russia has stayed away from participating in the Gateway programme, while China is aggressively pushing its space ambitions. 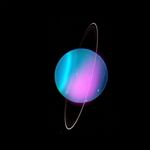