Aizawl, Feb 9: The ruling Mizo National Front (MNF) in Mizoram has named former Lok Sabha member Vanlalzawma as its candidate for the by-election to Serchhip seat, which is due this year.

MNF adviser and information & public relations minister Lalruatkima said that the meeting of party nomination committee chaired by party president and chief minister Zoramthanga has unanimously declared Vanlazawma, who is currently MNF vice-president, as the party candidate for the upcoming bypoll.

By-election to the Serchhip seat has been necessitated due to the disqualification of MLA and opposition Zoram People’s Movement leader Lalduhoma under Anti-Defection Law. Lalduhoma won the seat in 2018 elections, defeating then chief minister Lal Thanhawla. Though Lalduhoma was the chief ministerial candidate of Zoram People’s Movement, that was yet to get ECI’s recognition, he contested the seat on independent ticket. Twelve MLAs from ruling MNF filed a complaint against him, accusing him of “defecting” to the ZPM party from independent.

Even though ZPM is yet to official announce, Lalduhoma is likely to contest the by-election.

Congress too is yet to announce candidate for the bypoll.

The election commission is yet to announce the bypoll to Serchhip seat. 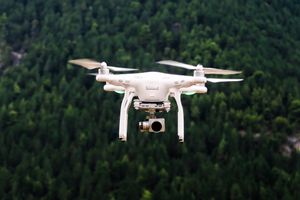 Garuda Aerospace drones to be deployed in Chamoli rescue op