It was New Year’s Day and Hemen Vishwakarma, sitting in his official chamber in Janata Sadan, was looking intently at the calendar. Nodding his head, he exclaimed, “I never thought that we had so many days in a year.”

Vishwakarma’s private secretary, who was present in the chamber, replied in a surprised tone, “A year always has 365 days.”

“That’s not what I had meant. Just look at the specific number of days starting from New Year’s Day, Valentine’s Day, Mother’s Day, Father’s Day, Sister’s Day, Friend’s Day, Girl Friend’s Day, Break-up Day... the list is simply endless. On top of it, we have a host of anniversaries to celebrate. The sheer number of days which we are now celebrating in fact makes a year look short enough.”

Looking at the private secretary, Vishwakarma very thoughtfully said, “On top of all those days, I think it would perhaps be better if the year had an Election Day as well.”

“Why not. Haven’t you noticed how elections are being held in different months and dates throughout the year? If the elections are held on a particular date and month of a year, it would be so convenient for us all.”

“If the US can have a fixed day for the election of the world’s most powerful man, there is no reason why we can’t have a particular date in the year to hold elections, be it general or panchayat. And, the funny part is that while we tend to imitate all the frivolous things of the West, we conveniently ignore their best.”

“Sir, I am finding it hard to comprehend.”

“Sir, people love the way you campaign. Your song and dance style has become a mega hit.”

“That’s the reason why I am getting worried. If I have to campaign for elections throughout the year, people will think of me as an entertainer instead of a serious minister. And, I just can’t keep repeating the same song and dance ritual over and over again.”

“Sir, you are regarded as a grandmaster who perfected the art of winning elections, and people get wonderstruck by your ability to forecast the election results. Sir, please share your secret.”

“But sir, nowadays, you tend to hit your political opponents below the belt by calling them names like ‘monkey’, ‘cat’...”

“Look, you are quite naive in matters related to election campaigning. And, as strong words break no bones, I freely use such phrases to peacefully demoralise my political rivals.”

“Sir, apart from name calling, how do you manage to blunt the opposition attack?”

“Interesting. Sir, what is going to be your slogan for the coming election?’

“Your votes will help us generate hopes!” 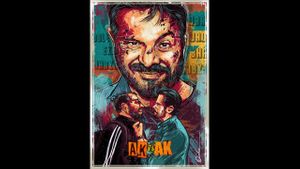