Karmavir Nabin Chandra Bordoloi was a visionary, great statesman with a rare political acumen, brilliant orator, freedom fighter, singer-composer, writer and an erudite scholar. At a time when Assam was viewed as a backward region, inhabited by uncivilized and scantily clothed people, vast forests and wild animals, in spite of its vibrant socio-cultural heritage and rich natural resources, Bordoloi emerged as a messiah, who thwarted the imperial rulers’ nefarious design to make Assam the eastern frontier safeguard. They imposed all forms of coercive measures like the Watson Wells resolution to make Assam a provincial state. He fought tooth and nail to pull out his bleeding motherland from the quagmire. In fact, Bordoloi went all the way to the UK to plead with the colonial rulers to accord Assam a status at par with the other States, and by dint of his exceptional personality and brilliant oration, he succeeded in his endeavour.

Since his birth, he tasted all the amenities of a luxurious and stress-free existence. However, sometimes destiny compels us to abandon everything and plunge headlong into a more trying situation, filled with toil, torture, criticism, etc. Bordoloi also opted for such a life because he was a Karmayogi.

In 1826, Assam was passing through extreme anguish and anxiety due to the existential crisis, as apprehension about the slow and silent death of the Assamese language and literature was imminent. Fortunately, due to the intervention of late Jagannath Baruah and late Manik Chandra Baruah, the Assam Association was formed. Late Padmanath Buragohain, Ghanashyam Baruah and several other conscious citizens under a competent president Nabin Chandra Bordoloi, our mother tongue was saved from extinction.

The colonial rulers suffered a rude shock after the First World War in 1915 as a great awakening was generated in the political arena, consequent to the inspiring speech delivered by Nabin Chandra Bordoloi. “I hail all of you great sons of the motherland,” he exhorted, “Imbibe the spirit of patriotism and sacrifice personal comforts to free our motherland from the colonial rulers. Patience and tolerance would be our heroic actions... we pledge to build the temple of freedom in our beloved country by sacrificing our lives with the weapon of love....” Thousands of youth responded to the clarion call; greatly invigorated, they came out, each one holding a flag to fight for their freedom. Umesh and Apurva Bordoloi, the two sons of Nabin Chandra Bordoloi, were also called to join the freedom struggle. In due course of time, the Chattra Parishad was formed and the first batch of volunteers protested against the grass tax imposed upon them.

In 1919 the discriminatory attitude of the colonial rulers was revealed as Assam was exempted from the Chelmsford-Montague administrative reform policy. An infuriated Nabin Chandra Bordoloi opposed this biased decision vociferously. He immediately decided to leave for the UK with late Prasanna Baruah (a reputed tea planter of the time), his brother-in-law. Chandranath Sharma, a patriot, slogged day and night to arrange money for Bordoloi’s tour.

On the eve of his departure, an emotional Bordoloi spoke to Bipin Pal, Pandit Madan Mohan Malviya and Lokmanya Tilak, ventilating his anxiety. They were impressed and showered blessings upon him. Through his exceptional convincing ability and oratory, he succeeded in persuading the colonial rulers to include Assam in the Chelmsford-Montague administrative reform policy.

Another milestone achieved by Bordoloi was the recognition for the Assam Pradesh Congress Committee; a proposal for the same was rejected at the Congress Session at Kolkata. His perseverance bore fruit as in the Nagpur Congress Session, the committee received due recognition.

The darkest phase of his life came in the form of prolonged periods of rigorous imprisonment. Although he was an A-grade prisoner, he was denied the basic amenities, which took its toll on his health. He rejected the Government’s offer to send him to England for treatment. Had he heeded it, he could have got a few more years of service to his motherland. As he shunted from Jorhat to Sylhet, misfortunes followed one after another, starting with the death of his five-year-old grandson Putoli.

During his imprisonment, the family suffered acute financial crunch and hunger. On returning home, he had to resume his legal practice to provide for his family. Simultaneously, he conscientiously pursued his assignments towards his party, attended every Congress sessions in different parts of the country, mesmerizing the audience with his eloquent speeches wherever he went.

His greatest achievement was the holding of the Congress Session in Assam although everybody discouraged him as such a mega event seemed impossible. Through determination, immaculate planning and dynamism, the conference was arranged. A spectacular event at Pandu, attended by Gandhi, Srinivas Iyengar and Vishnu Digambar, the great classical maestro, regaled the participants. The major share of the expenses was borne by him, involving a loan of one lakh rupees which was later cleared by his elder son Dr Umesh Bordoloi.

What he achieved within such a brief span of time is incredible and to enlist the same is even more difficult. It was Bordoloi, who moved a motion in the Assembly to pressurize the need to ensure that the revenue accruing from taxes on petroleum should come to Assam. It was at his initiative the Cotton College was established. Several other institutions like the Earle Law College, Kamal Dev Institution and Ananda Library at North Guwahati, Kumar Bhaskar Natya Mandir, a khadi mill, Asom Seva Sangha, among others, came up as a result of his relentless efforts. Excessive mental and physical pressure and total negligence towards own health led to his untimely demise on February 15, 1936, depriving Assam of one of the most charismatic leaders of Assam, a true Karmayogi who sacrificed his life for the nation. 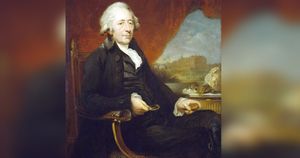