Shiv Sena leader Sanjay Raut said in Nashik that Gogoi's statement should be taken seriously, and added that the former CJI should have explained with "examples from his tenure" as to why he thinks so.

Gogoi had reportedly said that the judiciary is in a "ramshackle" state and expressed concern over the pendency of cases.

Speaking on the sidelines of an event in Pune, Pawar said, "Last week, I read somewhere that Prime Minister (Narendra Modi) in one of the meetings of Supreme Court judges, stated that the standard of the Indian judiciary is very high. We all felt good.

"But the statement made by former Chief Justice of India, who has been now sent to Parliament, is a very shocking kind of a statement. I do not know if he tried to explain the truth of judiciary."

The NCP patriarch added that the remarks made by Gogoi are "worrisome" for all.

Pawar was speaking to reporters at the musical event 'Khayal Yagya' organised to celebrate the birth centenary of Pandit Bhimsen Joshi.

Talking to mediapersons in Nashik, Sanjay Raut said Gogoi was making the remarks after being a part of the judiciary for years.

"Gogoi's remarks should be taken seriously. There is a precedent that the judiciary shouldn't be criticised... Had Gogoi explained with examples during his tenure as to why he thinks so, the country would have been enlightened."

"But he is a Rajya Sabha member with BJP's blessings...You have been part of the judiciary for several years and after retirement, you say this," the Sena MP added. 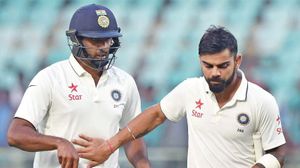 Kohli, Ashwin show how to bat on turning track, India's lead swells to 416 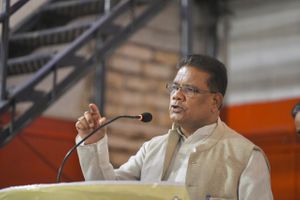