Chadalavada Anandha Sundhararaman, who is widely known as Bhavani Devi, created history on March 14, 2021 by becoming the first Indian fencer to qualify for the Olympics. The 27-year-old reserved her spot in the Tokyo Olympics through the Adjusted Official Ranking (AOR) method. At the age of 14, she appeared at her first international tournament in Turkey, where she got a black card for being late by three minutes. In the 2010 Asian Championship in the Philippines, she bagged a bronze medal. She made history by becoming the first Indian to win a gold medal at the senior Commonwealth Fencing Championship in Canberra in the sabre event. She is now supported by GoSports Foundation through the Rahul Dravid Athlete Mentorship Programme.

In today’s Master’s Choice section, do try out a set of questions, which has been compiled by one of our regular contributors, Adish Agarwalla of Moranhat. Meanwhile, keep writing to us with quiz reports, questions (with answers and full postal address) and interesting bits of information to: Quiz Zone, Horizon, C/o The Assam Tribune, Maniram Dewan Road, Guwahati. SMS or WhatsApp me at: 98640-26322 and e-mail at: [email protected] or [email protected] To read Quiz Zone online, you can log on to http://epaper.assamtribune.com.

1. Name the Indian soil scientist who was awarded the World Food Prize 2020 for developing and mainstreaming a soil-centric approach to increasing food production that restores and conserves natural resources, and mitigates climate change.

3. Which village in Ladakh houses the world’s highest astronomical observatory?

4. Name the country which introduced its first Constitution on 26 March, 2005 replacing the royal decree of 1953, providing way for parliamentary democracy in the country.

5. Which city, built in 1610 by Malik Ambar of the Nizamashahi dynasty, has been touted to be renamed as Sambhaji Nagar?

6. Based on the Mughal Pattern, which Governor General established the system of ‘Diwani’ and ‘Faujdari’ adalats in India?

7. Name the military leader of Vietnam who is considered to be one of the greatest military strategists of the 20th century. Hint: he led the country to the final Ho Chi Minh campaign in 1975.

8. Who was the first chairman of the National Knowledge Commission, a high-level advisory body set up with the objective of transforming India into a knowledge economy?

9. The world’s single largest deposit of uranium is located at Olympic Dam Mine. In which country is it located?

10. In British India, ‘thana’ was the name given to a police station. What was the name for the head of police?

12. Ishan Kishan recently became only the second Indian cricketer to score a half century in a T20 international debut. Who was the first Indian to achieve this feat in 2011? (Rubul Kalita, Nalbari)

16. Name the renowned Western philosopher and economist who first used the term ‘Industrial Revolution’ in the English language which initially began in Great Britain towards the last part of the 18th century. (Subrata Dutta, Tangla)

18. It is a defect in the human body (present from birth) in which a part of the spinal cord is exposed through a gap in the backbone, and which can cause paralysis and other problems. Name the medical term. (Jayanta Topadar, VKV, Dhemaji)

19. Picture Clue: She recently created history by becoming the most-awarded woman in the history of Grammys with 28 wins. Identify her. (Sneha Goswami, Tezpur)

20. To commemorate their Golden Jubilee in 1958, Tata Steel built a 237 acre park in Jamshedpur which is now considered as the green heart of the city. The park’s horticultural garden is renowned for its rose hybrids and there are over one thousand rose varieties in this park. From its inception, what special delivery did this park offer until 1964? (Dr Jayanta Kumar Sharma, Horticultural Research Station, Kahikuchi, Guwahati) 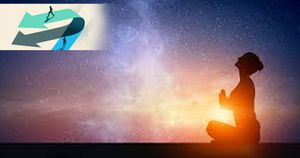