NEW DELHI, Feb 23: Notwithstanding the grant of Rs 100 crore to Brahmaputra Valley Fertilizers Corporation (BVFC), the response of the private parties for equity participation in the project is lukewarm.

Following a lengthy process of deliberations, the Centre decided to allocate 35 per cent equity to National Fertilizer Ltd (NFL) and remaining 17 per cent equity to Rashtriya Chemicals and Fertilizers Ltd (RCF). However, in a meeting with Ministry of Petroleum and Natural Gas (MoP&NG) held on November 19, 2019, it was discussed that the Ministry had taken up the matter of equity sharing of 26 per cent in BVFCL with all of their PSUs but none of them agreed with the proposal. Meanwhile, Oil India Ltd (OIL) has submitted the revised proposal and requested the Department of Fertilizers (DoF) to keep equity stake at maximum 10 per cent of OIL in the proposed brownfield project of BVFCL, said a report.

Initially, the Centre had on May 21, 2015 decided for setting up of a new brownfield ammonia-urea complex (Namrup-IV) in the existing premises of BVFCL having a capacity of 8.646 lakh MT per annum with the available gas of 1.72 MMSCMD through a joint venture under public-private partnership (PPP) mode with equity participation of 48 per cent (26 per cent, 11 per cent and 11 per cent to Oil India Ltd, Government of Assam and BVFCL, respectively) on nomination basis and the remaining 52 per cent equity through competitive bidding by inviting bids from public and private entities, the report said.

However, due to poor response from private parties, the department is in the process of exploring possibilities for equity participation of remaining 52 per cent equity also on nomination basis.

The BVFCL was incorporated on April 5, 2002 after demerger of the Namrup unit of Assam from Hindustan Fertilizer Corporation Ltd. It has two operating ammonia-urea units, namely Namrup-II and Namrup-III which were originally commissioned in 1976 and 1987 respectively. Both the operational plants (Namrup-II & Namrup-III) of the company are based on vintage technology with obsolete equipment and machinery.

The proposal to set up a new brownfield ammonia-urea unit within the premises of BVFCL, Namrup on PPP basis, as approved by CCEA on May 21, 2015, did not materialise due to non-receipt of any proposal from the investors. Subsequently, government has decided that setting up of 8.646 LMT Namrup-IV urea plant may be established through nomination route.

On February 10, the Cabinet Committee on Economic Affairs (CCEA) in its meeting chaired by Prime Minister Narendra Modi accorded approval to the proposal of the Department of Fertilizers for grant-in-aid of Rs 100 crore to BVFCL, Namrup to sustain operations of its urea manufacturing units.

The minimum functional repair to be undertaken for smoother operation of the plants with procurement of mechanical, electrical, instrumentation and catalyst items, etc., shall attract an estimated expenditure of Rs 100 crore and therefore, grant-in-aid of Rs 100 crore was approved to BVFCL, the CCEA note said.

The Centre said the grant-in-aid of Rs 100 crore to BVFCL will restore the urea production capacity of 3.90 LMT per annum and ensure timely availability of urea to tea industry and farming sector in the entire north-eastern region, especially Assam. It will also continue the existing employment of about 580 employees on permanent basis and another 1,500 persons on ad-hoc basis. 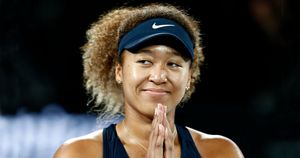