Soaring prices of essential commodities, especially foodstuff, continue to bleed the common man like never before. Prices of foodstuff such as rice, dal, atta, edible oil, etc., have shot through the roof even as the inert government machinery barely reacts. This being election time, one expected the Opposition parties to corner the ruling dispensation on the issue with facts and figures. But nothing of the sort has happened as the Opposition voice has been rather feeble on that count. One may recall that during the 2014 general elections, the Opposition BJP had effectively utilized price rise as a major poll plank to oust the ruling Congress. Regrettably, the Congress has since failed to use even the worsening situation vis-a-vis price rise to corner the Government. Prices – be it foodstuff, cooking gas or petrol and diesel – have, in fact, exhibited a steeper rise in the past few years but apparently none seem quite perturbed. Organizations that tend to raise a hue and cry over comparatively unimportant matters have chosen to maintain a stoic silence over price rise for reasons best known to them even as the common man is being thrown to the fire from the frying pan.

Price rise has been a most disturbing concern, made even worse by the indifference of the government machinery. And in Assam, the situation is far more telling than in other States because of the inertia of the Government and civil society itself. The few measures announced occasionally are but shows for public consumption, given that those are rarely implemented. This emboldens the traders to keep hiking prices in a manner both arbitrary and unjustified. A look at the big difference between wholesale and retail prices of staples such as dal, potato, etc., makes it evident that there is total lack of intervention by the Government and the administration. Even the prices of locally-produced vegetables have registered an unprecedented rise in the recent years. The State capital, Guwahati, happens to be the worst-affected by the skyrocketing prices of essentials. To make matters worse, the much-touted crackdowns on hoarders and black-marketeers are never a sustained exercise nor are there any monitoring of the markets and verification of the traders’ ‘justifications’ for price rise. An occasional review meeting with the railways, chambers of commerce, traders, etc., will amount to very little unless backed by strict follow-up intervention. While it is true that the State has to import wide-ranging essentials from outside, which together with growing transportation costs do impact prices, prices here continue to be far higher than can be explained away by these factors. The authorities need to verify the claims by the trading community vis-a-vis price rise at source and the corresponding rate of increase here. It also needs to be noted that 90% of the food imports to the State come through the railways, and hence there is little scope for price escalation due to arbitrary transportation charges. 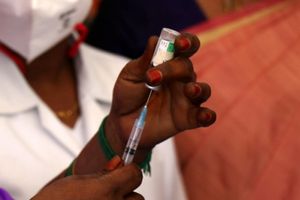