New Delhi, Jan 29: President Ram Nath Kovind on Thursday strongly defended the three contentious agri laws that have sparked intense protests from a section of farmers and slammed as "'very unfortunate" the violence during the farmers' tractor parade on Republic Day.

In his customary address to the joint sitting of Parliament on the first day of the Budget session, Kovind said the "insult" to the tricolour and Republic Day during the January 26 protests was "very unfortunate".

If the Constitution gives us the right to freedom of expression, it also teaches us to take laws and rules seriously, he said in his address that was boycotted by over 20 opposition parties in support of the demand of protesting farmers that the three laws be repealed.

Noting that the Supreme Court has put the implementation of the three laws on hold, Kovind said the government will respect whatever is the decision of the apex court.

In his address, the President highlights the view of the government approved by the Union Cabinet.  - PTI 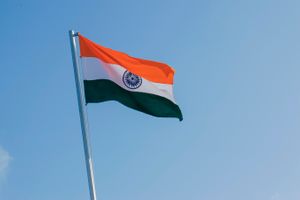