When I was a student at the Barpeta Government High School, the famous Narahari Burhabhakat, a multi-disciplined artiste of the 20th Century Assam, used to run a summer school at our school premises, called Jaikrishna Sangeet Vidyalay. He taught Bargeet, khol, harmonium and Satriya dance. Prabhat Sarma was his assistant. We called him Prabhat-da. When Burhabhakat was busy with his advanced lessons, Prabhat-da used to look after us, the beginners. It was my proud privilege to see Prabhat-da’s early days of playing melodious tunes on his bamboo flute, while accompanying Burhabhakat. Before the summer break at our school, there used to be a cultural programme. We were privileged to watch Prabhat-da assisting Burhabhakat in so many different ways.

In due course of time, Prabhat-da moved to Guwahati in the pursuit of his high ambition in music. Although he was the one and only uncontested flautist in Assam at that time, he was also a total and multifaceted musician. He had a melodious voice, played different indigenous folk instruments like the khol, nagara, bhortal, dotara and also tabla. It was for Prabhat Sarma to fill the position vacated by Burhabhakat in Satriya traditional music.

In December 1960 in the final demonstration evening of the Inter-College Music Competition in Cotton College, Guwahati, Prabhat-da was especially selected by the legendary Dr Bhupen Hazarika to accompany him on the flute. For us the then students of Cotton College, that was one gem of a programme that will never be erased from memory. Whenever and wherever a flute slot was required, Bhupen Hazarika always looked for Prabhat-da.

Prabhat Sarma became the All India Radio (AIR), Guwahati’s top grade artiste and went on to become a well-established and accomplished musician by all facets. He was involved in directing film music and was associated with the mobile theatres.

Prabhat Sarma toured the United Kingdom for a series of performances and workshops. In the UK, there is a small community of Assamese people. All are enthusiastic to maintain their cultural heritage in spite of their professional commitments. The tour event was a joint venture of the United Assam Association (UAA) and Asam Sahitya Sabha, UK (ASSUK), in August 2001 in Northampton. It was a gorgeous summer day in July 2001, Prabhat Sarma accompanied by his wife arrived at London’s Heathrow airport. We were overwhelmed to see Prabhat-da in his traditional pyjama-kurta and khadi waistcoat and Baidew in the typical Assamese attire. He first got an invitation by Midland Asian TV (MATV) for three recording sessions. The programme encompassed the Assamese devotional and folk music. MATV broadcast the programmes several times while he was in the UK and several times even after he left the country. The programmes became very popular among the music-lovers of Britain.

The Assamese families from all over England and Wales started visiting him with their children to have lessons in basic music, Assamese folk and devotional music, and instrumental music. Prabhat-da took a mammoth task to produce two chorus and an orchestra with the second generation Assamese children in the UK.

In the eagerly-awaited evening cultural programme, at the end of the chorus Aji bando ki chandere, the people present got so emotional that they gave Prabhat-da a standing ovation. It was followed by Borgeet, Nao Khelor Geet, Lokageet, among others. It was Prabhat-da’s uninterrupted solo flute, starting from classical, devotional to folk music, that enthralled the audience. The then High Commissioner of India, Rajeswar Dayal, who was the chief guest of the function stood up and applauded Prabhat Sarma’s musical prowess. In his speech, Dayal was full of praise for Assamese music ably directed by Prabhat Sarma, a true legend of Assamese music. Congratulating Sarma,  Dayal said he never had such an opportunity to listen to such a great exponent of Indian flute.

Following that event, Prabhat-da received several invitations to perform in organized get-togethers. His last performance was for the Leicester Asian Doctors Forum (LADF). Prabhat-da performed in front of both Assamese and non-Assamese audience. They enjoyed it so much that they kept on asking when he would come again.

As all good things come to an end, we saw him off at the Heathrow Airport in September 2001.

We thought, our journey with Prabhat-da was a never-ending one like an ever-flowing river. But his sad demise has shaken us to the reality of life. Prabhat Sarma is not among us in his mortal shape, but his truly legendary music will linger on.

(Published on the occasion of the legendary musician’s adya shraddha today.) 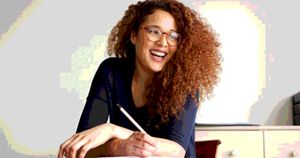