The political crisis in Nepal triggered by Prime Minister KP Sharma Oli’s sudden decision made on December 20, 2020 to dissolve the Parliament and seek fresh elections led to a vertical split in the ruling Nepal Communist Party (NCP). He recommended the dissolution of the Lower House and President Bidya Devi Bhandari promptly dissolved it acting on his recommendation, and on the same day announced the two-phase general elections on April 23 and May 10 – more than a year ahead of the scheduled time. The decision was apparently taken to pre-empt the supremo of the rival faction of the ruling party, Pushpa Kamal Dahal ‘Prachanda’, from becoming the next Prime Minister of Nepal that he duly deserves by virtue of an agreement with PM Oli. Peeved at the move by him, the Prachanda faction had sacked Oli from its general membership. This faction had earlier removed him from the office of the party’s chairman. It had issued notice to him seeking an explanation for his decision to recommend the dissolution. But he did not respond. Resultantly, the central committee of the Prachanda faction met on January 24 and decided to expel him.

Not surprisingly, the move has effectively ended the unity forged among the country’s left political parties that had led to the formation of the unified Nepal Communist Party three years ago, on the eve of the 2018 general elections in the country, drifted the national politics into uncertainty with turmoil and raised the relevant question as to the rapidity with which President Bhandari approved the dissolution and announced the  general elections that too, without prior consultation with the party chairman, Dahal, and the leaders  of the two major Opposition parties, the Nepal Congress and the Madhas-based Janata Samajwadi Party. Oli took the dramatic step when he realized that there is a likelihood of the bickering within the ruling NCP over the office of Prime Minister reaching a flashpoint in the immediate future and that he might have faced a possible expulsion both as the party supremo and the Prime Minister. His perception came true because had he not got the house dissolved, he might have faced corruption charges as a standing committee meeting under the leadership of the party co-chairman Prachanda was expected to order a probe into the corruption charges against him. The constitutional validity of the decision to dissolve Parliament is being reviewed by the Supreme Court. The court has given Oli till February 3 to explain his actions. If it is unconvincing, the court may stay the election process.

Though Oli’s recent move left him on a wrong foot numerically, with the Parliament dissolved and President Bhandari viewed as favourable to him, he will have the potentiality of governing the country without being responsible to anyone. However, the supporters of the Prachanda faction in the ruling party not only challenged it in the country’s Supreme Court but also took to the streets protesting against Oli’s move. As many as seven ministers owing allegiance to the anti-Oli faction in the ruling NCP resigned. At that time, a number of writ petitions were also filed in the Supreme Court challenging the dissolution with a little less than two years left of the present House’s tenure. Oli who had taken over as the PM after the 2017 elections had also come in for a lot of criticism from his colleague Prachanda and many of his party cadres for his Government’s failure to check corruption rampant at all levels of administration, and containing the spread of Covid-19. But the major reason of Prachanda’s disenchantment with Oli is his step for dissolution that has not only led to the party’s split but prevented Dahal from becoming the PM as well.

Oli was elected the PM in February 2018 after his Communist Party of Nepal-Unified Marxist-Leninist fought the 2017 general election in alliance with the Maoists. Within months of coming to power, their respective Communist parties – Oli’s NCP-UML, and Prachanda-led Nepal Communist Party (Marxist) – on May 17, 2018, merged to form the ruling NCP. At the time of merger, Oli had purposefully agreed that he would step down as Prime Minister at the end of his two-and-a-half year’s term and make the way for Prachanda, but he refused to honour the promise, which led to an erosion in support for the PM at the top of the ruling party. The Election Commission will now decide which of the two factions can retain the party’s name and symbol.

According to some constitutional experts, the new Nepal constitution does not visualize such a step of dissolution of Parliament without exploring formation of an alternative government. So against this backdrop if the Supreme Court upholds it, it will be interesting to watch. Significantly, the 1991 constitution scrapped in 2006 had provisions for the dissolution of Parliament on the recommendation of the Prime Minister. That is probably why it was dissolved thrice on earlier occasions.

China has been playing a vital role in the internal politics of Nepal since 2006 to elbow out India and increase its geopolitical clout in Nepal. The merger of the two communist parties is Beijing’s big achievement. In recent times it has contributed much towards Nepal’s economic development. For example, it has invested in such key sectors as trade and investment, energy and tourism. It increased its presence in Nepal because of the perception that India played a crucial role in the 2006 political change. Recently, Beijing’s envoy to Kathmandu, Hou Yangqi, mediated between the two squabbling factions of the NCP and succeeded in ironing out the deep-seated differences, but only to reappear a few weeks later.

With Beijing’s frenetic bid to save the ruling NCP from the imminent split ending in smoke, will the current crisis in the party be at the advantage of India? It can be, provided India is confident enough that the new establishment in Kathmandu would drift towards India rather than China. If Prachanda is voted to power again in the next elections, there is doubt if his return would help set the two countries’ relations back on track because during his first tenure as PM in 2008-09, he inclined towards China. India is aware of the former rebel leader’s ideological allegiance with the Communist Party of India. As the crisis within the NCP deepened, New Delhi has done well not to meddle in it. In this critical juncture, India can only as a neighbour and well-wisher support the Himalayan nation and its people on the way to peace, prosperity and development. Of late it has done a superlative job in giving Nepal one million doses of vaccine against the coronavirus. 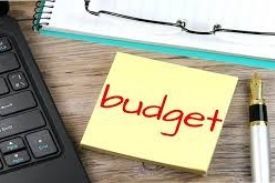 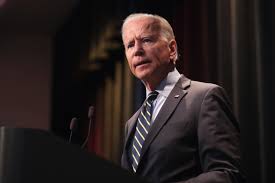