The Padma awards announced on the eve of the Republic Day celebration this year has seen a record number of Padma Shri awards being conferred on eminent personalities from Assam working in diverse fields.

This year late Gogoi and former Lok Sabha member Bijoya Chakravarty have been honoured for their social service.

Three-time Chief Minister Tarun Gogoi was awarded (posthumously) for his contribution in public affairs. Gogoi, who was born on April 1, 1936 and passed away on November 23, 2020, was an Indian politician who served as the Chief Minister of Assam from 2001 to 2016.

He was a member of the Indian National Congress and led the party to a record three consecutive electoral victories and was the longest serving Chief Minister of the State.

She represented the Gauhati constituency in the 13th Lok Sabha. She won this seat for the BJP for the first time ever in 1999. Under the premiership of Atal Bihari Vajpayee, she served as the Union Minister of State for Water Resources. She again won the seat in 2009 and 2014 Lok Sabha elections representing the BJP.

Lakhimi Baruah, who was awarded in the social work category, started the Kanaklata Mahila Urban Cooperative Bank in 1998 in Jorhat to make underprivileged women financially independent and secure.

He has performed in the traditional Vaishnavite monasteries for most of his life as a musician, and won accolades. With Satriya dance and music travelling beyond Assam, Borgayan has also performed in festivals elsewhere in India, attracting new audiences to these monastic arts.

Borgayan received the Sangeet Natak Akademi and Tagore awards for his contribution to the traditional music of Assam.

Mangal Singh Hazowary, who was awarded for his work in literature and education, is a Bodo language poet. He is a recipient of Sahitya Akademi Award for his poetry collection Ziuni Mwkthang Bisombi Arw Aroj in 2005.

Dulal Manki is a reputed folk singer and is also known as ‘jhumur samrat’. He belongs from the tea community of Assam.

Birubala Rabha is a social activist who campaigns against witchcraft and witch hunting in Assam. She runs an organisation called Mission Birubala that spreads awareness against witch hunting. She was instrumental in the Assam government passing the Prevention of and Protection from Witch Hunting Act, 2015.

Among the Padma award winners from the Northeast are Radhe Devi (Manipur) for her work in art, mountaineer Anshu Jamsenpa (Arunachal Pradesh) for her contribution to sports, Nanadro B Marak (Meghalaya) for his works in agriculture, Sangkhumi Bualchhuak (Mizoram) and Rewben Mashangva (Manipur). 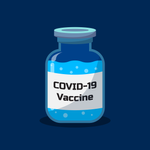