Over 70 Ex-Teachers Injured In Tripura Lathicharge

As many as 17 policemen were also injured as the agitating former teachers pelted stones at security personnel, turning the city into a veritable war zone for hours. Meanwhile, the district administration has clamped prohibitory orders in the Agartala Municipal Corporation areas to ensure peace.

The police swooped in on the site of the sit-in demonstration launched by 10,323 retrenched teachers of the State at Paradise Chaumuhuni and near Chief Minister Biplab Kumar Deb’s official residence to disrupt the 52-day agitation.

The Tripura Government which continues to downplay the movement even after the Chief Minister’s assurance of resolving the issue within two months of coming to power, had to take notice as the retrenched teachers took out a torchlight procession last night and announced their decision to lay siege on the Chief Minister’s residence.

A large contingent of police and TSR personnel moved in at the protest sites this morning and asked the ex-teachers to vacate the place as Section 144 had been clamped . The protesting teachers said they were not aware of it, after which the police officers on duty produced the copy of an official order signed by the District Magistrate of West.

A clash soon broke out between the striking teachers and the security personnel as the leaders of the Joint Movement Committee (JMC) were pushed into waiting police vehicles. A number of retrenched teachers sustained injuries, but the police did not shift them to hospital and instead demolished the makeshift structures for the sit-in demonstration, sources alleged.

“We appealed to the teachers to vacate the place as Section 144 was in force in the AMC area, but they did not pay heed. As the police intervened, the situation turned violent leading to a baton charge. Before resorting to lathicharge, we used water cannons and tear gas shells to disperse the agitating teachers. A total of 87 persons were injured in the scuffle out of 17 are police personnel,” said District Magistrate of West, Dr Sailesh Kumar Yadav, here this evening.

On the other hand, Opposition leader Manik Sarkar held the BJP-led Government responsible for the action against the retrenched teachers. “They had been out on the streets for alternative employment as promised by the Government. They did not break the rule. The action reflects the inhuman face of the Government,” he maintained. 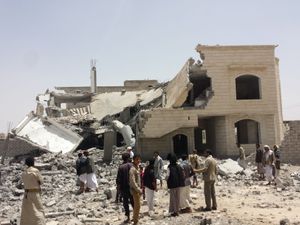