New Delhi, Feb 4: The Delhi Police have arrested a person in connection with the violence at Red Fort during the farmers' tractor parade on Republic Day.
The arrested person has been identified as Dharmendra Singh Harman who was seen in a video footage at Red Fort on January 26 when the violence broke out.
The police is also scanning the dump data to know how many people were active at the time of the Red Fort violence.

A total of 124 arrests have been made so far by the Delhi Police and 44 FIRs have been registered.

Meanwhile, the Delhi Police have also registered four cases against different social media accounts and sent requests for the removal of offensive and unlawful posts regarding the farmers' protest. - IANS 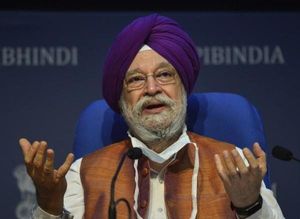 Further opening will depend on COVID-19 situation: Puri