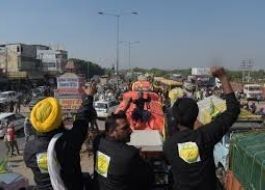 Of sacrilege and sedition

It is now almost a fortnight since the happenings at Delhi’s iconic Red Fort took place. The vandalism and violence on Republic Day, which left scores of policemen injured and public property damaged, has been widely condemned. The organizers of the farmers’ protests have disowned the violence and called it a subversive act carried out by a small section aimed at discrediting their two-month-long peaceful movement against the farm Bills. The police have now swung into action to arrest those alleged of involvement in the violence. But, now that some time has passed and immediate passions about ‘desecration’ of the Red Fort seem to have somewhat subsided, it would be appropriate to have a dispassionate look at the events.

First of all, let us take up the role of the electronic media which is so vital in such situations. Most would agree that the media as a whole was so swept by narrow nationalist passions that it overlooked its primary duty of presenting the truth before the public. It too fell into the trap of terming the Red Fort incident as an act of sedition and a sacrilege. As Patricia Mukhim, leading journalist of the region, aptly commented that it appeared that “the entire media in this country has turned into apologists for the Government and has demonized the farmers’ protests”. Several television channels not only labelled the protesters as Khalistanis or Maoists but also took upon themselves the responsibility of suggesting the strongest legal and administrative measures against them for ‘dishonouring’ the national flag. Listening to these discussions, one couldn’t help but wonder that the days of independent broadcasting are finally over!

But, fortunately, there were some news channels as well as newspapers which kept the balance, expressing outrage at the events and at the same time trying to stick to the truth in describing the course of the protests in Delhi. One such channel which made us proud was Prag News and its chief editor, Prashanta Rajguru. Beginning his show by  condemning the violence and giving the  administration’s version of the events,  Rajguru presented graphics to show that (a) the national flag flying from the ramparts of the Red Fort was not touched by the protesters and no dishonour was shown to it; (b) that no Khalistani flag had been raised; rather some protesters raised the religious flag of the Sikhs, the Nishan Sahib on a pole much below the tricolour; (c) that, interestingly, the peasant leaders had come to know well four days in advance on the January 22 itself that there would be an attempt to discredit the movement through violence; (d) that one Dip Siddhu, who was close to the ruling dispensation, was the main agent provocateur. Here was a journalist who refused to be swayed by the demands of partisan reporting and showed his fidelity to journalistic ethics by trying to place the facts before the public. This is indeed commendable at a time when the media has been marked by growing inability or unwillingness to sift truth from emotion. Similarly, a very balanced editorial of The Assam Tribune of January 28, while condemning the incident, said that agent provocateurs had infiltrated into the protesters. It did not say that the national flag was dishonoured and that the protesters “hoisted flags of their own beside the national tricolour”. Not blaming just the farmers alone for the happenings, the newspaper called for a dispassionate look at the event. I would like to quote the last lines of the edit because these are a really fine example of balanced, responsible observations by a newspaper while commenting on a happening which has unleashed so much of patriotic passion over clouding the rational mind: “Equally culpable is the Union Government, which has failed to take tangible measure to assuage the concerns of the farmers, no matter that the latter has been protesting for over two months. Far from weakening the farmers’ cause, the Republic Day episode should be a wake-up call to the Centre to resolve the issue before things get more out of hand.” 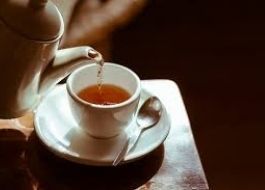 RBI to look at harmonising regulations for microfinance lenders