Ever since his inauguration as the 46th President of the US, Joe Biden has been signing a number of Presidential orders, on subjects as diverse as rejoining the Paris Climate Accord and World Health Organization, to permitting transgender individuals to serve in the US armed forces, in a clear attempt to reverse the policies of his predecessor Donald Trump. Earlier, prior to the election, Biden had criticized the BJP regime of India as right-wing nationalists, thus it was thought possible that he would also put a spanner into the growing bonhomie between India and the US, a trend which had been reinforced during the visit to this country by Trump and the rousing welcome he was accorded by Prime Minister Narendra Modi. But, apparently, Biden is less eager to reverse some components of Trump’s foreign affairs strategy, especially the accords arrived at by the UAE and Bahrain with Israel, and the continuation of the Quad and the Indo-Pacific policy of the previous administration. The latter would be, of course, of greater interest to India, particularly in the light of the current tensions prevalent on the India-China border. US National Security Adviser Jake Sullivan has reassured that the new Biden administration sees the Quad grouping, comprising the US, India, Japan and Australia, as a fundamental foundation upon which to build a substantial American policy in the strategically vital Indo-Pacific region.

It may be noted that the Quadrilateral Security Dialogue, or the Quad, was originally conceived of in 2007 as an informal group to keep an eye on China’s designs and moves in the Indo-Pacific region. China had, naturally enough, raised its objections to the four nation grouping in international platforms, calling it ‘the Asian version of NATO’ whose motive was to contain China’s meteoric rise in Asia, and vociferously opposing it. This had induced the group to disband but, as bilateral ties between China and the US, India, Japan and Australia began to sour, was revived and strengthened a decade later by the Trump administration. That the Quad meant business was underlined by the mammoth joint naval exercises carried out in the Indian Ocean by Australia, India, Japan and the United States in November, 2019, using warships, submarines and aircraft, as also by subsequent summits held by the member nations. Obviously the Biden administration has comprehended the strategic advantage of the Quad grouping in countering China’s military and political influence in the Indo-Pacific region, and has decided to persist with it. This decision was reiterated by the US Secretary of State Tony Blinken, who emphasized India’s role as a pre-eminent US partner in the Indo-Pacific during a telephonic conversation with External Affairs Minister S Jaishankar. Without doubt the Biden administration’s decision to persist with the Quad grouping would be advantageous to the other member countries given Chinese belligerence in recent days. 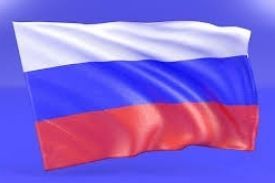 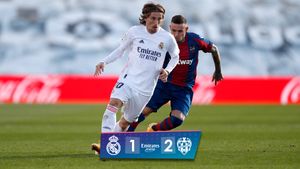