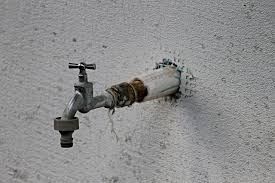 Free health camp for drivers
BISWANATH CHARIALI, Jan 28: A free eye and health camp was organised for drivers of Biswanath district by the NHIDCL site office under the Ministry of Road Transport & Highways and the State health department at the Civil Hospital here as part of the month-long campaign on road safety. Many drivers were screened and first aid kits and eye drops were distributed. The Joint Director of Health, Biswanath district, ADC (Health), Superintendent of the hospital, and NHIDCL officials were present. – Correspondent

Garo Sahitya Sabha meet
GOALPARA, Jan 28: The 21st biennial conference of the Garo Sahitya Sabha (GSS) will be held on February 5-6 at Gohalkona in Kamrup district. GSS president Soroj Sangma said preparation was on and all office bearers, stakeholders and volunteers were working round the clock to ensure a conducive atmosphere. He said the conference will have plenary sessions featuring many speakers on the theme ‘Socio-economic and educational problems of the Garos’ as well as a discussion on pending agenda. The modified logo of the GSS and GSS publications will also be released. The GSS magazine Kusilchi will be released on February 5. – Correspondent

Padadhikar re-elected
NAGAON, Jan 28: Kamalakanta Gogoi has been re-elected as the Padadhikar of Srimanta Sankardeva Sangha for the next term, winning the election by a margin of around 1,000 votes. Pabitrapran Bora from Golaghat and Dr Puniram Pator from Morigaon were the other contenders, the secretary general of the organization said. – A Correspondent

Dwarbandh gets full-fleged PS
SILCHAR, Jan 28: The police investigation centre at Dwarbondh in Dholai constituency has been transformed into a full-fleged police station. Excise and Forests Minister Parimal Suklabaidya ceremonially inaugurated the police station on Republic Day in the presence of DIG (Southern Range) Dilip Kumar Dey, Cachar SP Bhanwar Lal Meena and Cachar DC Keerthi Jalli. Suklabaidya said the police station was a fulfillment of a long-term demand of the people, anbd the government was making efforts to empower police with better facilities. SP Meena said the patrol post at Assam University will also come under the jurisdiction of the new police station along with 12 villages panchayats. – Staff Correspondent

Barpeta museum curator dead
BARPETA, Jan 28: Nripen Roy, a writer, former AASU leader and curator of the Barpeta District Museum, died at the age of 57 at his residence at Bishnupur in Barpeta district on Thursday after a protracted illness. Born in Nalbari, Roy studied at Patacharkuchi Vidyapeeth HS School and graduated from Arya Vidyapeeth College in Guwahati. He completed his Masters from Gauhati Unversity in Anthropology. During the Assam Agitation, he was assaulted by police which left him disabled and compelled him to spend the rest of his life on a wheel chair. However, he was not confined within his home and was involved in many social activities. Roy joined as curator of the museum in 1990. He was published many poems, essays and books, and was instrumental in making people aware of as many as 84 satras through his books and essays. Barpeta MLA Gunindranath Das, Sarbhog MLA and State BJP president Ranjeet Kumar Das, DC Munindra Sarma, among others condoled the death. – Correspondent 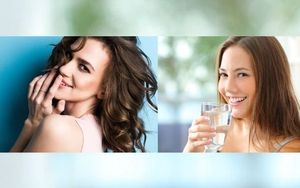