Nepal’s Election Commission has refused to recognise any of the two factions of the ruling Nepal Communist Party (NCP) as the official party, saying both failed to adopt due procedures to gain the legitimate status. The Election Commission in its decision on Sunday stated that since both the groups – one led by Pushpa Kamal Dahal “Prachanda” and other by Prime Minister KP Sharma Oli – failed to adopt due procedures, they would not gain any recognition.

With the latest decision of the Election Commission, Oli and Prachanda remain the chairpersons despite a vertical split in the party.

The Prachanda-led faction had early on removed Oli from the post of chairman and picked Madhav Kumar Nepal in his place. The faction on Sunday decided to strip Oli of even the party’s general membership. – PTI 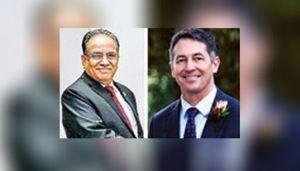