Manoj Kumar Das is the Managing Director of North Eastern Regional Agricultural Marketing Corporation Ltd (NERAMAC). He is also concurrently Head (A&C, BFC, MOVCDNER) and North Eastern Development Finance Corporation Ltd (NEDFi). A former Director, Indian Institute of Entrepreneurship (IIE), he is a Member of High Level Committee on Implementation of New Education Policy, Assam. A graduate in Production Engineering from Saurashtra University and MBA from Punjab University, he is closely associated with a number of socio-cultural organisations of the State.

What are the objectives of the North Eastern Regional Agricultural Marketing Corporation Limited (NERAMAC?

Procurement and marketing of Agri-Horti produces of the North Eastern Region and offer the farmers remunerative prices. Processing and value addition of the produces for better marketability. Brand building and other promotional activities for the benefit of the farmers of the North Eastern Region and assisting farmers through supplying implements, inputs and equipments on behalf of the Government(s) for better productivity and also organize capacity building programmes for the farmers and small agripreneurs of the region.

Who are the stakeholders and what is the funding pattern of NERAMAC?

NERAMAC was established in 1982 and a number of processing units were set up in the NE region. However, most of these units have failed to take off. Why?

There were multiple factors involved in failure of processing units like single product line use, obsolete technology, lack of spares and replacements,  lack of funds for updating the plants and other security reasons.

However we are dedicated to revival of our non-functional plants. In fact we have recently revived our Integrated Ginger Processing Plant located at Byrnihat, Meghalaya under PPP mode. Other such units are under consideration for PPP or O&M mode.

Under the DoNER Ministry's initiative you have now drawn up a new road map to revamp NERAMAC. What are your plans?

We have submitted a road map for next five years to Ministry of DoNER. As proposed in the plan we aim to turn the Company from Rs 20 crore Revenue Generating Company to 200 crore revenue generating company by the end of 2025. The proposed roadmap has been designed with the marketing approach of ‘Procurement, Products and Projects’ and shall have the following areas as the focus area of operations: Bulk procurement of Agri-horti produces. Brand Building. Marketing of Exotic produces. Projects Implementation. Capacity Building of farmers and local entrepreneurs

Ministry has also prepared a revival plan with the help of NEDFi and IIM Shillong. Its going to be put up before CCEA soon.

NERAMAC is also constructing a State of the Art, 70000 sqft Market Complex at Six Mile, Guwahati with financial assistance from NEC, first phase of which is expected to be ready by March, 2022.

What is the potential of agri- horticultural products in the NE region?

North Eastern region has untapped potential to be the Agri-Horti basket of the nation specially in terms of  quality and variety it produces, whereas its proximity to the South East Asian countries also give it advantage to be the supplier of fresh and organically grown agri-horti produces outside the country.

In what ways can NERAMAC help the agri-horticultural farmers in the region?

NERAMAC procure directly from the field of the agri-horti farmers at remunerative prices and provide market linkages to their produces. Through its brand building programme, NERAMAC market the produces under its brand ‘NE Fresh’ and ‘ONE’ – (Organic North East). We are also engaged in providing training and handholding to the farmers/farmers groups and the small agripreneurs of the region. NERAMAC has also the capacity for E-Auction of commodities.

NERAMAC has helped in getting GI recognition to 13 agri products in the region?

NERAMAC Ltd till date has been successful in obtaining the GI registration of 13 ethnic and locally grown agri-horti produces of the North Eastern Region. The produces for which GI tagging had been granted includes Tripura Queen Pineapple, Naga Tree Tomato, Sikkim Large Cardamom, Mizo Chilli, KarbiAnglong Ginger, Meghalaya MemangNarang, Tezpur Litchi, Khasi Mandarin, Kachai Lemon, Dalle Chilli, Naga Sweet Cucumber, Black Rice (Chakhao) and another 2 applications are in process stage. The products are Black Cherry from Manipur and Sohsang from Meghalaya. Five others are in pipeline. These are Arunachal large Cardamom, Mizo mango, GolNemu from Assam, BhimKol from Assam and Jamui Orange from Tripura. NERAMAC is the PSU having largest number of GI Tags.

In what ways is NERAMAC helping to market the  agri products of the region?

How is NERAMAC promoting the government’s organic mission in the North Eastern region?

NERAMAC under the ‘Mission Organic Value Chain Development for North Eastern Region of Ministry of Agriculture’, has launched Brand ‘ONE’. Under brand ‘ONE’ NERAMAC market the organically grown produces/products of the region.

How are you helping to strengthen the farmers producers organisation in the NE?

More than 75 Farmer Producers Organization (FPOs) from different parts of the region have been registered with  NERAMAC.

We have been also appointed as the Additional Implementing Agency under Ministry of Agriculture programme of ‘Formation and Promotion of Farmer Producer Organizations’.  At the first stage, NERAMAC has been given 50 FPOs for formation and promoting in the North Eastern Region. Already the project has been launched and FPOs got validated by District level Committees.

In what way are you associated with the Bamboo Mission?

NERAMAC has been appointed as the Implementing Agency under Bamboo Mission by State Bamboo Development Agency of Assam. Bamboo Mission has allotted 600 ha bamboo plantation to NERAMAC in two FPOs. 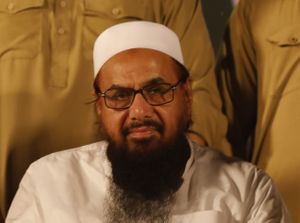 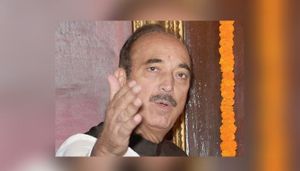