New Delhi, April 7: The India and Saudi Arabia navies carried out a Passage Exercise (PASSEX) in the Persian Gulf on Wednesday.

The Indian Navy said that INS Talwar with Royal Saudi Naval Force Ship HMS Khalid carried out a maritime drill on April 6 in the Persian Gulf .

The short passage exercise could be a prelude to a full-fledged joint drill by the two navies later.

The Force said that INS Talwar is deployed for Operation Sankalp in the Gulf Region and had arrived at Jubail Port, Saudi Arabia on April 3.

The Indian Navy had commenced Maritime Security Operations named Op SANKALP, in the Gulf Region on 19 June 2019 to ensure safe passage of Indian Flag Vessels transiting through the Strait of Hormuz.

The deployment was done in the backdrop of the deteriorating security situation in the Gulf region, post attacks on merchant ships in the Gulf of Oman in June 2019.

PASSEXs are conducted regularly by the Indian Navy with units of friendly foreign navies, whilst visiting each other's ports or during a rendezvous at sea. The Indian Navy has carried out similar exercises with the US, Vietnam, Russia among other friendly nations.

Both the Indian Army and Indian Navy are expected to carry out war games as part of bolstering military ties between the two countries.

The Indian Navy has been expanding its cooperation with other nations looking for close cooperation keeping in mind China's increasing influence in the Indian Ocean Region.

From April 5, the Indian Navy for the first time is participating in multilateral maritime exercise La Pï¿½rouse being conducted in the Eastern Indian Ocean Region.

The Indian Navy ships and aircraft are exercising at sea with ships and aircraft of the French Navy (FN), the Royal Australian Navy (RAN), the Japan Maritime Self Defence Force (JMSDF) and the United States Navy (USN) during the three-day drill.

The United States Navy is represented in the exercise by amphibious transport dock ship Somerset. Her Majesty's Australian Ships (HMAS) Anzac, a frigate and tanker Sirius have been deployed by RAN for participation in the exercise while Japan Maritime Self Defence Ship (JMSDF) is represented by the destroyer Akebono. - IANS 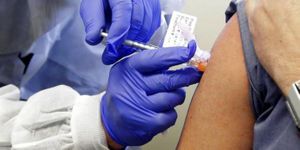