Dimapur, Jan 27: Nagaland Governor RN Ravi has made a fervent appeal to those who are still standing between the people and peace in the State to see the writing on the wall.

“The people of Nagaland and peace can no longer be kept a hostage,” Ravi said in his Republic Day message on Tuesday.

He noted that the State has not witnessed any major law-and-order problem for some time. However, the menace of rampant extortions under the guise of illegal taxation by antisocial elements has not yet been fully curbed, though police and security forces have been taking action against such elements, he stated.

Ravi pointed out that rampant extortions create a sense of fear among small and large traders, and inhibit entrepreneurship which severely undermines the economy and growth of the State. As a result, Nagaland is not doing as well as other States on several development indicators, he said.

The Governor observed that the mainstream Naga society has never accepted violence as a political resource, and that the Naga leaders were committed to democratic politics and were united in the initial decade of Independence.

“It was only in December 1955 when some radical leaders decided to use guns to achieve their political objective that the Naga society was divided,” he stated.

According to Ravi, the unrealistic, self-destructive and divisive politics has exhausted the people of Nagaland. The primary stakeholders have made their positions abundantly clear that the era of gun must end without further delay and enduring peace must be restored, he said.

“They have made it clear that unresolved issues, if any, be pursued through dialogue post settlement,” he added.

Stating that Nagaland is rich in natural resources and endowed with one of the finest human resources, Ravi said unfortunately, the people of the State have not been able to reap optimum benefit of these as well as various progressive schemes of the Central and State governments because some extra-constitutional entities in the guise of espousing the Naga national cause, have queered the pitch for the people and the Government and kept peace and progress at bay.

He said the Government of India has taken several political initiatives for enduring resolutions from time to time. The latest initiative since the last 24 years could not fructify as yet due to unrealistic intransigence of some people who are unwilling to forsake politics by gun, he added.

Ravi also spoke on the various development activities taken up by the government departments for overall development of the State. 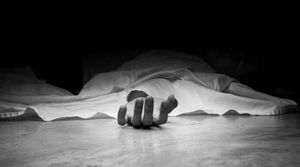