Rio said that owing to various measures aimed at reducing expenditure, the year 2020-21 is estimated to close with a deficit of Rs 2,314.13 crore. This is an improvement of Rs 44.68 crore over the budget estimate figures, he added.

The Chief Minister said the Government has decided to adopt austerity measures to curtail expenditure. These measures include freezing of three instalments of dearness allowances/relief in line with the decision of the Central Government, cut down expenditure on motor vehicles, office expenses, travel and maintenance under non-development. The Government has also decided to cut down the developmental outlay (State programmes) by 15 per cent, while all fresh appointments have been kept on hold except in unavoidable cases, he stated.

Going by the present trends, the State’s revenues are expected to fall by Rs 86.19 crore from the budget estimate figure of Rs 1,283.36 crore to Rs 1,197.17 crore, which is a reduction of 10 per cent, the Chief Minister said. The State’s share of Central taxes and duties is expected to decline by Rs 1,341.99 crore on the basis of the revised estimates figures of the Union Budget. However, with the resumption of normal activities, the State’s GST revenue has picked up, Rio added.

The Government has made efforts to tap funding for roads and other key infrastructure projects under the scheme of Special Assistance to States for Capital Expenditure with Rs 200 crore interest-free loan assistance.

He said under the 15th Finance Commission awards, several projects for improvement of health infrastructure, road maintenance, construction of the High Court complex, new Raj Bhavan, mini landing strips and improvement of facilities for fire services in the districts would be taken up.

Rio added that a provision of Rs 307.31 crore is kept in provision for externally-aided projects.

Later, addressing reporters, Rio said the budget for 2021-22 is people-friendly. He said the budget was prepared with special focus on agriculture and allied sectors and to make the State a self-sustaining economy. 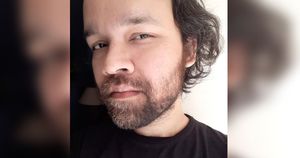