Nazar Chakma, a resident of Chawngte C in south Mizoram’s Lawngtlai district, was found hanging from a ceiling fan in his hostel room while his friends were playing badminton at around 12 noon, the official said.

He said the deceased, who was a first year MBBS student at ZMC, developed mental depression after he was declared ‘failed’ in the results that came out on Tuesday.

He said the victim locked his door from inside while his friends were playing badminton and committed suicide by hanging with a nylon rope from the ceiling fan.

His roommate Dharshan Chakma and the college watchman (chowkidar) broke open the door and lifted the deceased’s body.

He was rushed to the ZMC hospital as his body was still warm but the doctors were unable to save him, the police officer said.

Police suspected no foul play as it was a clear suicide case. However, the deceased did not leave any suicide note behind.

Autopsy was not conducted at the behest of the decease’s family and his body was brought to Chakma House in Aizawl from where it will be taken to his native village. 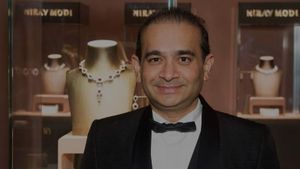