NEW DELHI, March 20: The reforms in the mining sector will play a fundamental role in enhancing the sector’s contribution to the employment and GDP of the country, and contribute immensely to the vision of an Aatmanirbhar Bharat, industry body Ficci said today.

The Lok Sabha on Friday passed a Bill to amend the Mines and Mineral (Development and Regulation) (MMDR) Act, that aims to create employment opportunities by allowing the entry of private enterprise and enhanced technology in mining activities.

The Bill is yet to be tabled in the Rajya Sabha.

The industry body said that it has always been advocating for increasing the contribution of Indian mining industry to national GDP; focusing upon increasing mineral exploration, production and domestic supplies, reducing financial stress for the miners, attracting investments into the sector and enhancing ease of doing business quotient.

“With these reforms in the Indian mining and mineral sector, the government has embarked on increasing the sectoral contribution to the Indian GDP and also to increase the competitiveness, ease of doing business and creating a favourable investment environment for the sector,” he added.

Rahul Sharma, Co-Chair, Ficci Mining Committee and CEO, Aluminium and Power, Vedanta Ltd, said: “Amendments in the MMDR are reflective of the fact that the government considers mining sector as a key contributor to the vision of Aatmanirbhar Bharat. These amendments shall result in enhancement of mineral production across the spectrum, creating more jobs and will be a major boost to critical industries like cement, aluminium and steel, which are primarily dependent upon key raw materials provided by the mining sector. A renewed focus on exploration will attract huge investments.”

He also applauded the government’s move for promoting ease of transfer for non-auctioned captive mines to increase mineral production from such mines in the country.

Pankaj Satija, Co-Chair, Ficci Mining Committee and Chief Regulatory Affairs, Tata Steel Ltd, said: “Ficci acknowledges the government’s approval on the much-awaited mining reforms to address various issues of the sector. The amendment for transfer of all statutory clearances till the exhaustion of mineable reserves would lead to faster operationalisation of mines by the successful bidders and would ensure raw material sufficiency for end-use sectors.”

Sumit Deb, Co-Chair, Ficci Mining Committee and CMD, NMDC, said: “The introduction of composite licence regime would enhance mineral exploration and production in the country, alongside attracting investments both from domestic as well as foreign investors.”

He acknowledged the reform of exploring the possibility of making NMET an autonomous body, for better utilisation of NMET funds and increasing the mineral exploration in the country, aligned to the changing requirements.

India has abundant mineral resources, out of which a significant portion is yet to be harnessed. 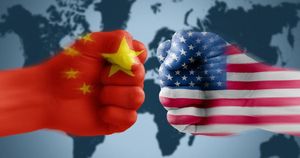 US, China clash at UN meeting on combatting racism