There was a time when scientists considered energy and matter as separate entities. But, later on, research revealed that the atom, which was believed to be the smallest and indivisible particle of matter, consists of electrons, protons, neutrons, etc., which are minute sparks of energy. Further research into the theory and practice of different forms of energy, such as light, sound, electricity, and magnetism enabled the ingenuity of human beings to take further strides into domains previously unknown to us. All this resulted in a spate of highly sophisticated scientific contrivances and things such as spaceships, computers, television, and many other things.

There is no doubt that all these researches greatly impacted our thoughts, broadened our visions, yet, it also resulted in giving a harmful bias to our thinking. Undoubtedly, we have become a little more conceited, and more and more engrossed with the pursuit of material things. These things have now reached such a stage that many people do not believe in the existence of the soul but only focus on the existence of matter or various other forms of energy. People think that human beings are nothing but just brains, functioning through the nervous system and the body. Moreover, all will agree on this that thought is abstract and dimensionless because we can imagine the sun and the far off galaxies almost within the same time. Also, thought cannot be construed or reckoned in scientific terms because it can fly into the past and the future, the dimensions of which cannot be covered in the concept of velocity. But, one really must confess that, despite all the knowledge that psychology has placed at our disposal, one does not clearly know what thought is.

Not many of us know that everything that is visible to us today, every particle of matter that we can touch and feel now, first had its blueprint in the human mind. In other words, everything outside is a physical manifestation of what is inside. Therefore, everything in the universe was first born as a thought or a tiny sentient point or dot. A dot has no length, breadth or width, but it has immense power.

When a thought expands, depending upon its nature and quality, it can soothe one with peace and prosperity or disturb the self and others. Each thought brings along a chain of other thoughts of similar nature, and put together, they can gain momentum to create desirable or undesirable results.

Thought emanates from the conscious and superphysical and supernatural entity, called the soul. Thought does not have velocity that can be measured in scientific terms, for thought is the basis of all kinds of measurements rather than being a measureable thing. The soul, from which the thought arises, has no time-dimension; it is eternal. So, thought can traverse all barriers of time and go to events of the remote past or reach the realms of the distant future. Mind is only another name for the consciousness of the soul. It refers to that faculty of the soul which manifests in the form of volition, will, attention, cognition, etc. Whereas thought, which also has a moral dimension, perceives and expresses sentiments and emotions. If thought was a form of material energy, it could cause sensation but not feel the sensation. For example, sound takes the form of intelligible and meaningful words or melodies but sound itself cannot understand the word or appreciate the songs.

Today, we are all experiencing how the present era, dominated by vices and wickedness, is promoting devilish tendencies. Hence, the speed and intensity of negative thoughts is much greater than the positive ones. Under such circumstances, the practice of meditation lends power to our thoughts. It helps us realise our positive and pure intentions by reinforcing and re-programming them into our minds. It unleashes the vast positive capacity of our thoughts – the infinite power to visualise the most beautiful and realise it in this three-dimensional real world. So, take a pause to check what kinds of thoughts are being created in your mind for these will decide the degree of your happiness and satisfaction. And, these will shape the kind of world you are creating for yourself every moment. Take charge to consciously create positive thoughts and destroy the evil ones.

The writer is a spiritual educator & 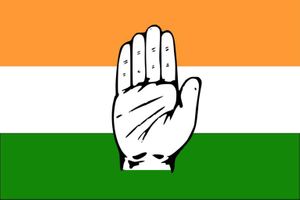