“Who is a political turncoat?”

“A ‘turncoat’ is a person who changes allegiance to his or her organisation to join an opposing one. So, a political turncoat is one who deserts his/her party to join another.”

“Yes, there are many politicians who have changed sides as they were not given party tickets to contest the election!”

“We see many political turncoats or political chameleons during the election season, don’t we?”

“A chameleon is a fickle and easily changeable person, just like the characteristic of the colour-changing lizard. People with a chameleon personality or ‘social chameleons’ are, however, those who are adaptable to every situation.”

“Turncoat comes from the ancient practice of wearing a badge or pin on one’s coat, signifying the party or leadership one supported.”

“I’m reminded of an interesting psychological term called ‘chameleon effect’, which refers to the unconscious mirroring or mimicking of the behaviour of the people you are with.”

“You may unconsciously pick up the facial expressions, accent, or hand gestures of others you like… and, this may even please them! This is almost like ‘mirror neurons’, another interesting term.”

“Yes. As you know, neurons are specialised cells in our brain, designed to transmit information to other parts of the body. Mirror neurons ‘mirror’ the behaviour of others in us, as though we ourselves are acting. We tend to automatically and intuitively respond to words or actions of others – say, a favourite character in a film or a politician we like – by endorsing or empathising with them. In an experiment conducted during the 2004 US Presidential elections, it was observed that mirror neurons were activated more in people when they watched candidates from their own party.”

“Politicians are successful in stimulating mirror neurons of common people.”

“Yes, taking advantage of the mirror neurons, they intelligently hijack their consciousness, making them believe whatever they say!”

“There is also this term called ‘perception management’. Like expert marketers, political advisors create a positive climate for their leaders as a ‘brand’ that is to be sold by influencing our emotions!”

Note: Readers’ contributions and feedback are welcome at [email protected] or on WhatsApp at 9435055497. TRAVEL - Sailing to the Isle of Capri 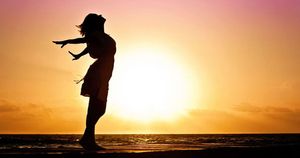